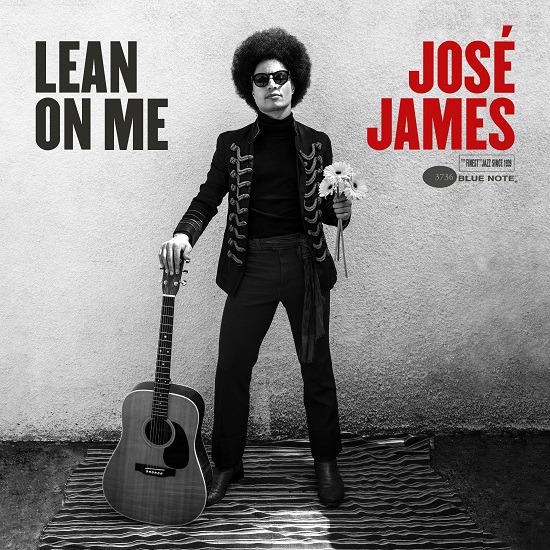 Quintessential soul man Bill Withers turns 80 this year and his influence has touched generations. That explains why there are not one but two tribute albums in his honor arriving on the scene next month. We've already informed you of singer-songwriter Anthony David's upcoming Hello Like Before, which he previewed with a cover of the optimistic "Lovely Day." Now crooner José James is making good on his promise to release a tribute to Mr. Withers after performing some of his greatest songs on tour. He's readying his album Lean On Me and leading off the campaign with a spot-on cover of classic track "Use Me."

"Use Me" is probably the most sexually charged song in Wither's oeuvre, a fact that isn't lost on José. Rather than reimagine the song for modern audiences, he goes for a straightforward cover. His band recreates the original groove note for note and beat for beat, all the way down to the slick guitar lick and the organ flourish. José, meanwhile, channels the legend without aping him, wrapping his dreamy voice around the lyrics as he states his case like a man yearning for another hit of love. The only noticeable tweak that Jose has made here is the inclusion of horns. They don't detract though. In fact, the horn solo that comes at the song's middle only intensifies the spell that the song puts listeners under during its nearly five-minute runtime.

In addition to the spot-on cover, the singer has also released the album's tracklist, which you can view in full after the stream of the track below. It includes a plethora of favorites like "Grandma's Hands," "Ain't No Sunshine" and his own cover of "Lovely Day" featuring GRAMMY winner Lalah Hathaway. The set is available for pre-order now and will arrive on September 28th. You can also catch José crisscrossing the globe on tour in support of the album throughout the next few months. For tickets and dates, head to his website.

José James Lean On Me tracklist: