Enjoy A Night Of ‘Elegance’ With Kilo Kish 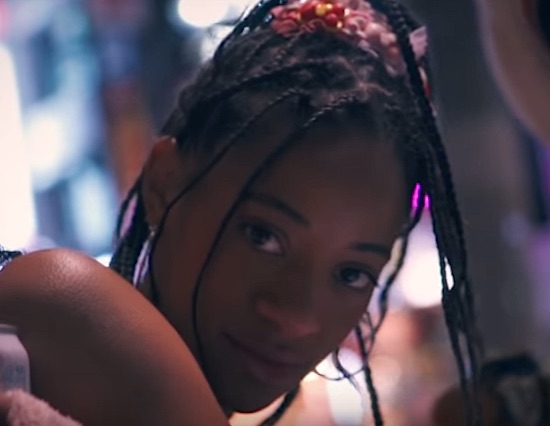 Writer, musician, entrepreneur and eternal art student at heart Kilo Kish is out here still doing her thing. And we’re still here for it. Kish came to prominence after collaborations with Vince Staples and Childish Gambino, not to mention her debut album, Reflections in Real Time. But that’s the past. After going through some changes since moving to Los Angeles, Kilo has a few new reflections to share with the world on her upcoming EP, Mothe, and the first single is the track “Elegance.”

Over a thumping beat with a good dose of synths and bass, Kilo hauntingly sings, “When I think of you,” in the background. It’s more a vibe than anything else. “Elegance” itself is a pretty sparse track, lyrics wise. However, there’s some clever wordplay at hand in couplets like, “You come to me in perfect fitted jeans / You come to me all busted at the seams.”

Where things truly get interesting is in the video for the track. The concept revolves around Kilo visiting Japan on business and trying to make the most of her time. It opens with her dressed like a ballerina walking into a bar late at night. There she meets a few fellows dressed up in furry animal costumes, and they proceed to bar hop and party the night away. It’s yet another fun, quirky clip from the artist.

Kilo Kish’s EP Mothe is named for the evolutionary change that people and moths go through, and the project is, "inspired by the sublime beauty, charge, and creativity found in all nature,” per press release. Expect Kilo Kish's experiment in sound to hit the streets on Friday, September 7th.