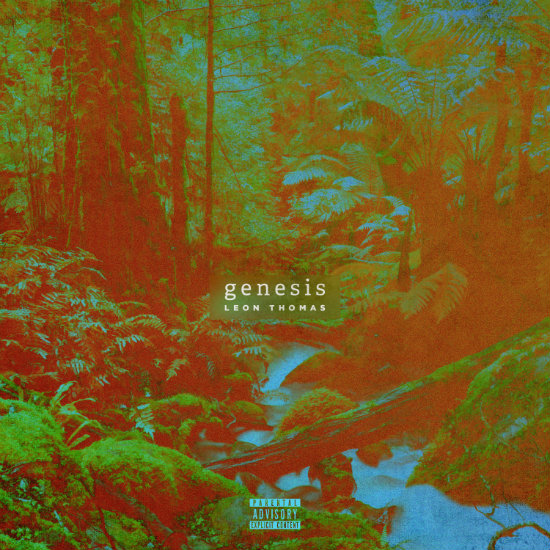 With his character's storyline seemingly over on HBO's Insecure, the uber-talented Leon Thomas has had some time to devote to his other love — music. The result has been music to ears thanks to jams and gems like "Favorite," "Sunken Place" and "PLW," all of which he dropped over the past few months as he put the finishing touches on his EP, Genesis. His hard work has finally paid off with the release of the 7-track project today.

The short-but-sweet outing gives fans a deeper look into the inner workings of the award-winning singer/songwriter who counts Babyface as one of his mentors. With guidance from legends like that, it's no surprise that Thomas is particularly adept at sharing his perspective with a charismatically vulnerable flair. He has no qualms about putting it all on the line for his girl and lets the world know as much on songs like "Moments After," "Blessing" and "Mrs. Variety" featuring guest vocals from Tayla Parx. Not that it's all roses and love in these streets. As we all know, all relationships come with difficult times, which he tackles on the Elle Varner-assisted "Beg" and "Sunken Place."

Genesis is a strong outing for Thomas as he steps from his behind-the-scenes role as a songwriter and one-half of the production duo The Rascals who has worked with Toni Braxton, Chris Brown, Ariana Grande and Jessie Reyez. Though he handles much of the writing and production himself, Thomas also enlisted the help of producers Childish Major and Roofeeo. While it's not certain when we'll next get to catch the accomplished actor on either the big or small screen, with music chops like this under his belt, we have no doubt that we'll be hearing the name Leon Thomas a lot in the future. Take Genesis  for a spin to see if this young talent is heading in the right direction.