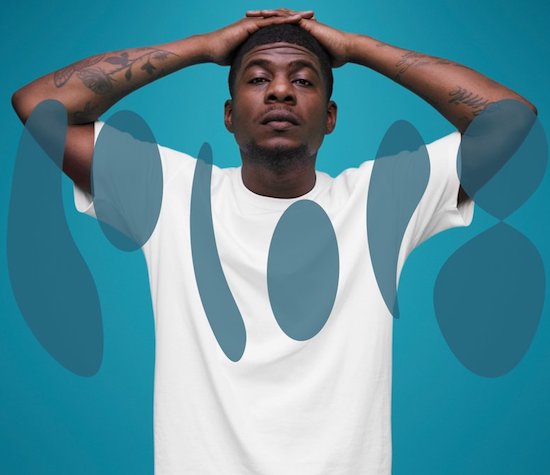 Rapper Mick Jenkins has been putting in work for quite some time, dropping seven mixtapes since 2012. Along the way, the Chicago-based MC became a frequent collaborator of producer Kaytranada, with the two regularly teaming up in the studio. The latest collaboration between the two comes in the form of Jenkins' latest single, the smooth and dreamy, "What Am I To Do," which dropped earlier this week.

On the track, Jenkins' effortless flow hugs the beat, injecting the perfect blend of swagger and razor-sharp precision. "What's a n***a to do? When you call the police but the trigger's on you?" he ponders on the song's chorus. The looped sample and boom bap beat are reminiscent of early fellow Chicago native Kanye West, providing a bit of warmth in a world where trapping and mumble rap reign supreme on the charts.

To commemorate the single's release, he paid a visit to the good folks at COLORS, where he gave a laid-back performance of the single. During the performance, Jenkins brings the lyrics to life, his hands and arms adding extra emphasis for his punchy lines. Although he stands in one spot the entire time, he commands your full attention with his delivery. "What Am I To Do" is the second release to come from Jenkins' sophomore album, Pieces of a Man, which is set to drop sometime this fall. Peep the single and his stop at the COLORS studio below to see what this lyricist is bringing to the table.


TAGS:  audio, kanye west, Kaytranada, Mick Jenkins
Previous: QUIÑ Gives Us A Dreamy Cover Of Patrice Rushen’s ‘Remind Me’ Next: This Week In SoulBounce: Lauryn Hill Claps Back At Robert Glasper, Lil Wayne Finally Gets An Apology From Birdman, A New Sade Song Is On The Way & More