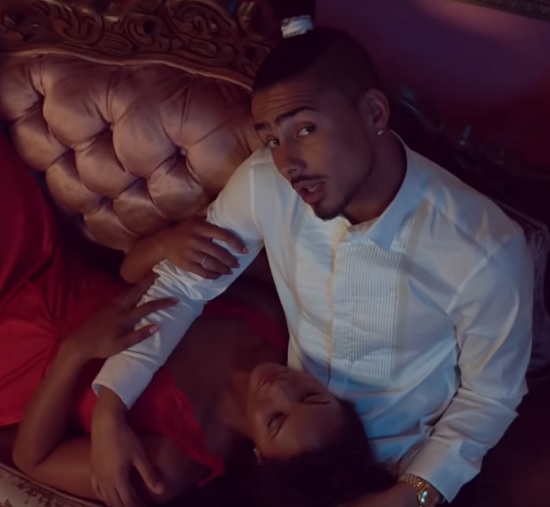 Last year, Quincy had a banner year for his music career, dropping his This Is For You EP and several singles, including "Seventeen." In 2018, however, Quincy has laid low a bit musically, focusing more on his role on the hit TV series Star. Don't worry, though, he hasn't forgotten about the music, proving just that with the drop of his latest single and video "Snuggle Up."

"Snuggle Up" finds the singer getting romantic. Trading in modern R&B's hip-hop hybrid sound — skittering hi-hats, synth chords, snaps, and 808s abound — the crooner rap-sings to a lady love about how he feels about her. Though he's "always on the move / 'cause there's so much s**t to do," he makes sure that she knows that he's always got time to snuggle up with her. It's a sweet sentiment that's refreshing especially since Quincy doesn't push it into the sexual territory that most of mainstream R&B leans on these days.

For the song's video, director Luis Guanzon decides to portray Quincy and his leading lady in a typical couple situation. They appear to be getting ready for a night out on the town. However, as Quincy steps into the room almost-dressed, his lady has other plans and calls for him to come cuddle up with her on their couch. He obliges and it leads to a night of the two of them spending some quality time as they get cute and cozy. The ending of the clip — which was shot entirely on a Google Pixel — is a bit confusing, though, as it shows her waking up hugged up with a teddy bear and no Quincy in sight. Was it a dream? Things aren't really cleared up, but it's a sentimental and sweet vision nonetheless.

Listen to Quincy's "Snuggle Up" and check out the cute video for the song below.


TAGS:  audio, Luis Guanzon, Quincy
Previous: Jermaine Hardsoul Wants That Old Thing Back With Algebra Blessett On The ‘Sundress (Remix)’ Next: SoulBounce Exclusive: Delta Lima & Alex Klein Take Us ‘Up And Down’