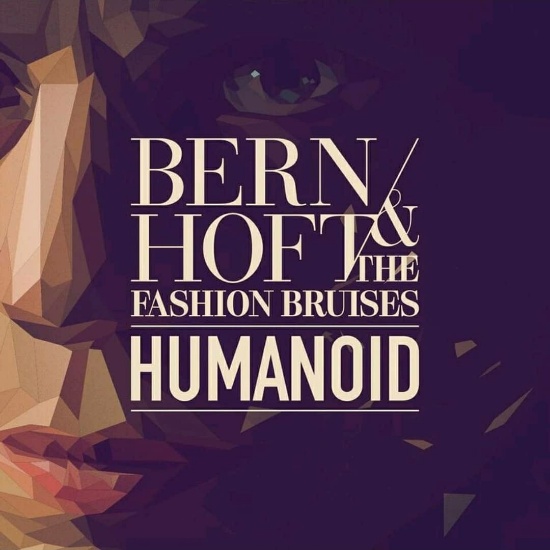 It's been a while since we last checked in with Norwegian singer/songwriter Bernhoft, with four years passing since the release of his GRAMMY-nominated 2014 album Islander, which featured the mesmerizing Jill Scott duet "No Us, No Them." He's taken some time to switch things up in the interim. For starters, he dropped two EPs — 2016's Stop / Shutup / Shout It Out and 2017's The Morning Comes — and he's no longer rolling solo dolo, with him now playing frontman to his new band Bernhoft & the Fashion Bruises. The changeup also switches up his musical formula a bit, which can be heard on the band's new single "Humanoid."

Musically, "Humanoid" feels like a throwback to the sonic hybrids of the '80s, when bands like Huey Lewis and the News topped the charts. The track's mix of elements of soul, rock and pop will definitely remind you of some of that decade's biggest songs. But while it might be similar in sound and style, it's message is much more modern. The song tackles the cultural and social disconnect that technology has bred. "I'm not saying that all was better before / Well, maybe I do / I just like to talk to people I know / With eyes looking up from their phones / I'm tired of talking to drones," he sings on the opening verse while implicating the technology-addicted masses. He goes on to suggest that we look up from our phones long enough to see what's going on in the world around us, from the loss of individuality to our own march into extinction. In other words, in a world that's always connected, an actual human connection is becoming increasingly rare.

“So much current music is computerized and machinelike. I felt like I should go the other way and create human music again," he said in a press release about the song. "It says something about the man-and-machine relationship. You’ll see people at dinner or in a café staring at their screens and not acknowledging each other. I’m trying to find people, but I can’t see them behind their screens."

"Humanoid" isn't just the lead single from his new project, it's also the title track of the album. Like the single suggests, it finds him trying to bring the live feel and sound back to music again. "I felt like I should go the other way and create human music again," he said. "It’s imperative to keep in touch with organic life, so I dove into those soundscapes. I rediscovered that touch. I’m trying to smash people out of Facebook and back into real life." You can expect Humanoid the album to arrive on August 24th, while the "Humanoid" single will hit stores on August 10th. Get your exclusive first listen to Bernhoft & the Fashion Bruises' new single when you press play below.