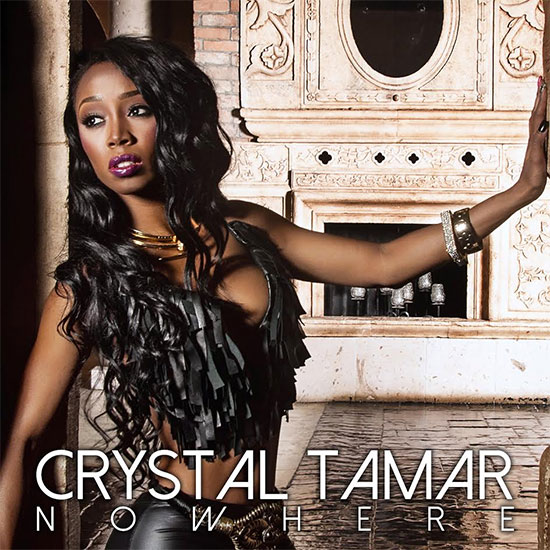 Remember the girl group Sophia Fresh? They were under T-Pain's wing and signed to his label where they released a handful of singles starting in 2008. Unfortunately, by 2011 the trio disbanded before their debut album was ever released. However, one of the group members is determined to not just be a footnote in R&B history. With Sophia Fresh in her rear-view mirror and lots of lessons learned along the way, Crystal Tamar is forging a new path for herself as a solo artist. Finally ready to unveil what she's been working on, Crystal is coming out of the gate strong with her debut single "Nowhere" in an exclusive SoulBounce world premiere.

Working with producer Cam Wallace and writer Kalenna Harper (of Diddy – Dirty Money fame) on the track, Crystal delivers a catchy, upbeat love song with "Nowhere." "Cause I'm nowhere, nowhere, nowhere without you," she lovingly sings on the chorus to her man. She's nowhere without him and wants to go everywhere  – from her current home in the Bay to her hometown of H-Town – with him. Tamar lets her boo know that she's down for him whenever, wherever and through whatever and in this thing for the long haul. As good as she sounds with her gospel-rooted vocals over Wallace's hip-hop-leaning production, we're sure her man isn't going anywhere either.

Just like the one she's singing about in the song, "Nowhere" is near and dear to Crystal Tamar's heart. "I could write a book about what this record means when I’m singing it. It embodies the sentiment I live by," she expounds about the track. "No matter where I am in this world, I'm nowhere if my love is not with me. I'm simply not growing or living if we are not experiencing it together."

It's taken her a while to get here, but with "Nowhere" Crystal Tamar is poised for solo success as a recording artist. Listen to our debut of "Nowhere" right here, and keep an eye on this rising star by following her on Instagram, Twitter and Facebook.