SoulBounce Exclusive: Raquel Rodriguez Wants You To Turn Up Before The ‘Night’s Over’ 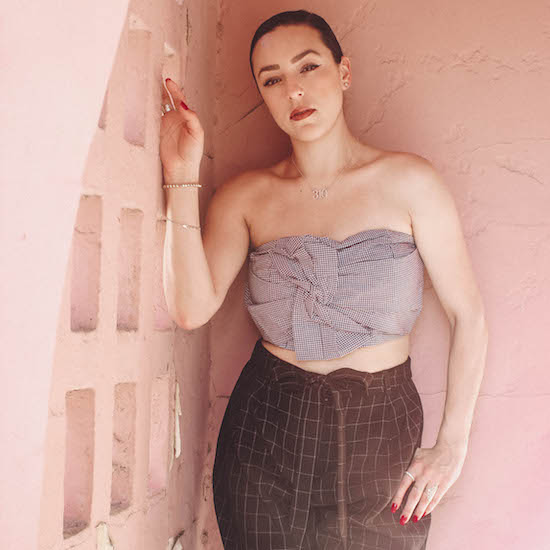 When she's not traveling the world backing up artists such as Gwen Stefani and Anderson .Paak, singer-songwriter Raquel Rodriguez is busy at work on her own music. After releasing the single "Mile High" this past April, today we hear the latest fruits of her labor with her new song "Night's Over" in a SoulBounce exclusive world premiere.

"Night's Over" is a disco-inspired groove that beckons you to hit the dance floor, both musically and lyrically. Over a sound bed laced with a funky bassline, rhythmic percussion, horns and talkbox, Rodriguez encourages someone to let their hair down and cut a rug with her. "The night might almost be over, but you haven't even broke a sweat / So tell me what did you come for?" she questions at the song's onset. Raquel continues to persuade the wallflower and by the time she sings, "Now's the time to let loose / Baby, let down your guard," we're sure they're both body rolling in unison to the soulful jam.

Raquel namechecks Stevie Wonder in the song, but it was actually influenced by another icon. "I wrote the lyrics for 'Night’s Over' when I was really into Michael Jackson’s 'Off the Wall' record," she tells us. "'Off The Wall' is an anthem to the 9-5ers who need to let loose every once in a while. That’s exactly the sentiment of 'Night’s Over.' It’s about setting aside your worries even just for one song and letting the music get you through the night before you miss your chance to dance."

With its disco DNA, it's simply impossible to not dance to "Night's Over." Press play, and you'll be hard-pressed to sit still.

Both "Night's Over" and "Mile High" will be found on Raquel Rodriguez's upcoming EP, 310 Part 2, which is scheduled to drop on Tuesday, September 25th. The L.A. native will celebrate the occasion during a release party and concert in her hometown at the Moroccan Lounge on Friday, September 28th. If you're unable to catch her in Los Angeles, don't fret because she has a number of confirmed tour dates on the calendar across the U.S. and in London to support the EP.


TAGS:  audio, michael jackson, Raquel Rodriguez, stevie wonder
Previous: The Internet To Bring Their ‘Hive Mind’ To A City Near You On Upcoming Tour Next: Snoh Aalegra & Luke James Come Together For ‘Out Of Your Way’