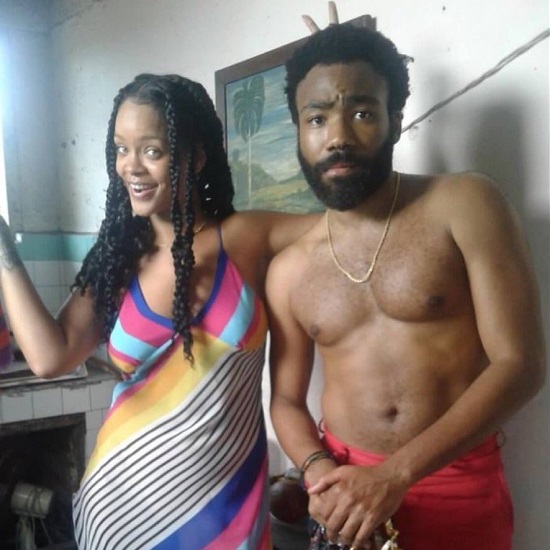 Between the many projects and ventures they have going on, you'd think that Rihanna and Donald Glover wouldn't have time to put secret projects on their plate. You'd be wrong, though. This week, a picture of the two looking beach ready began to circulate. Turns out the two weren't just vacation buddies. The flick is from the set of a film called Guava Island that the two are currently shooting in Cuba. The project is being lensed by Atlanta director Hiro Murai and will also star Black Panther actress Letitia Wright and Nonso Anozie. This isn't the only collaboration RiRi and Donald have going on though. She's tapped his alter ego Childish Gambino as the performer at her annual fundraiser The Diamond Ball, which will be hosted by Insecure star Issa Rae. #NoRestForTheSuperDuperFly