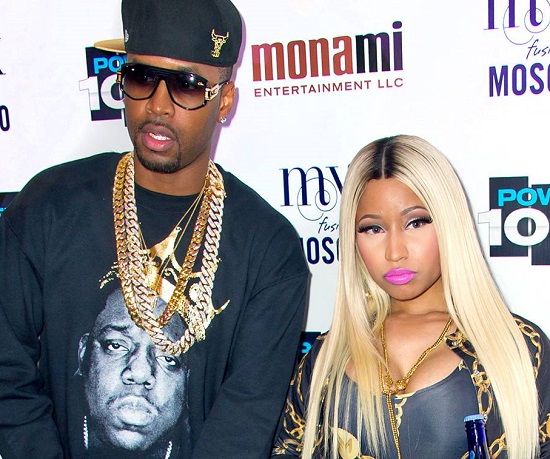 Nicki Minaj & Safaree Go At It In The Tweets

It's almost commonplace to find Nicki Minaj embroiled in some kind of beef these days, so it was no surprise when she got into a lengthy Twitter spat with ex-beau Safaree after the release of her album Queen. What was a surprise is how hard they went in on each, revealing all kinds of scandalous information tweet by tweet. It all started when Nicki appeared on Funkmaster Flex's show on Hot 97, where she balked at claims that Safaree ever wrote her rhymes and then went on to list some of his many foul infractions — including stealing one of her cards and buying prostitutes. Mr. Samuels wasn't having that, though, taking to Twitter to clear his name, bringing up an alleged incident where Nicki got stabby and he lied to paramedics and said he tried to kill himself so she wouldn't go to jail.

After letting him have his say, Nicki let her Twitter fingers do the talking, bringing up his "crummy" VH1 checks and the fact that she gave him 10 racks for him to get his hairline restored while hitting Tyga with friendly fire in the process, tweeting, "Tyga s**t ain’t fall back out!!!! Y’all went to the same doctor!!! Yours fell out cuz GOD DONT LIKE UGLY!!!!!!" To his credit, Safaree shook it off, though he did accuse her of lying and saying he had receipts to prove it. Nicki got even pettier, though, bringing up an incident where he came to her and Meek Mill to help him with a d**k pic situation and other embarrassing topics. Safaree finally had enough and threw in the towel, but not without getting one last dig in, writing, "And don’t talk about vh1 checks cuz the way you’re acting it’s like your auditioning to be on LHH." 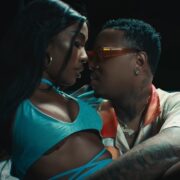