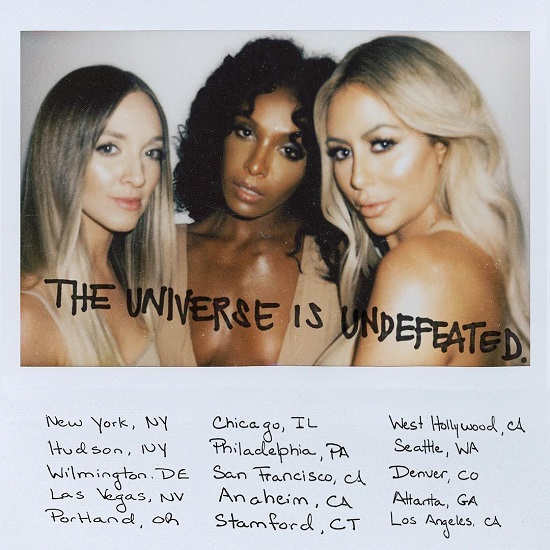 Danity Kane To Reunite For Tour

The last time we heard from Danity Kane, Dawn Richard was serving up a**-whoopings in the studio and anybody (read: Aubrey O'Day) could get one of if they kept talking slick. But that was four years ago and this is now and it looks like the ladies of Danity Kane (the trio, not the quintet or quartet) have reconciled. They took to social to let fans know that not only have they reformed but that they'd also be going on tour. Dubbing the tour The Universe Is Undefeated (ed. note: umm...OK), the jaunt will kick off September 28th and will feature DK songs as well as a solo set from DAWN and Aubrey O'Day and Shannon Bex's duo Dumblonde. Speaking on the reunion and reconciling with O'Day, DAWN told E! News, "The conversations started because I think Aubrey and I wanted to touch base cause we hadn't in a long time and I think we both, ya know, had feelings of feeling like we needed to have that conversation. We're sisters at the end of the day and I think if you go through life you still remember like I really want a relationship with these girls even though you go through things, you really want that comradery and so Aubrey and I had a great conversation." #DanityKaneBack