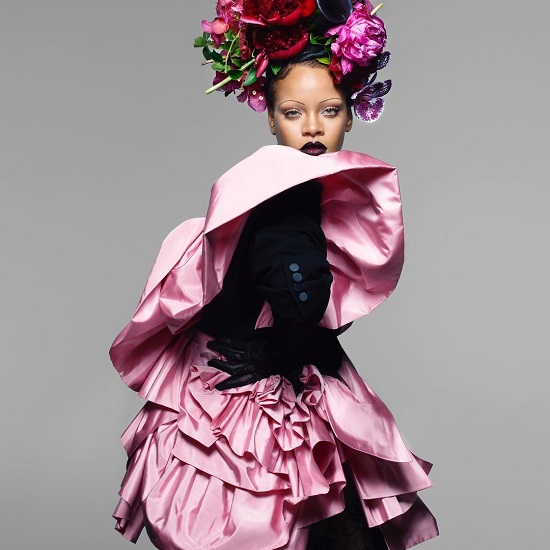 Rihanna Talks The Joys Of Being 'Thicc'

It's been almost impossible not to notice Rihanna's much curvier and more voluptuous physique as of late, especially since she's flaunting it as the first black cover girl of British Vogue's September issue. She also took a moment during her interview with the mag to discuss her body and how it's making her more relatable. When asked why she thinks her female fans love her so, she replied, "I don’t know, maybe it’s because I’m ‘thicc’ now. I don’t know." She then continued on the body positivity train, dropping a quotable gem about accepting that there's no such thing as a perfect body. "You want to have a butt, then you have a gut," she told the magazine. As if we couldn't love her anymore, she also offered a bit of vulnerability when it comes to her shape. "I’m not built like a Victoria’s Secret girl, and I still feel very beautiful and confident in my lingerie," she said.