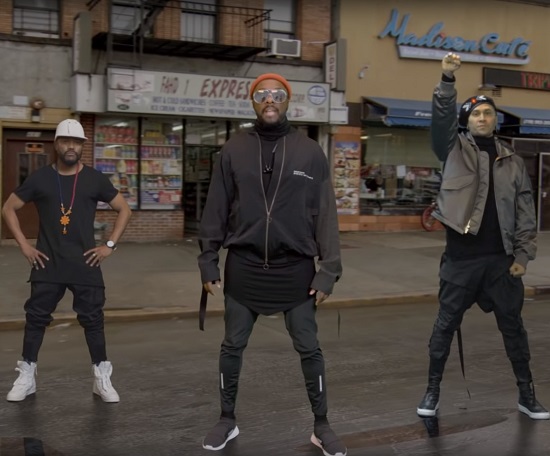 After dominating pop music on a global scale during the aughts, it seemed as if the '90s-era Black Eyed Peas would remain a brief-yet-fond memory in the annals of hip-hop history. But this year, the original trio of will.i.am, apl.de.ap and Taboo surprised fans by delivering the kind of socially-conscious "joints and jams" that got us hooked on BEP in the first place. With captivating wordplay and incredible visuals to accompany each release, "Street Livin'," "Ring the Alarm" and "Get It" have effectively silenced any doubters as to whether they'd completely abandoned their roots.

While we await an official release date for upcoming album Masters of the Sun, the fellas have dropped a fourth single named “Constant Part 1 & 2.” As the title implies, BEP hasn't lost their touch and can still hold it down over a boom bap beat; don't call it a comeback, they've been here for years and won't be leaving anytime soon. A looped sample of Slick Rick's famous "To the tick-tock ya don't stop!" lyric (from his legendary Doug E. Fresh collabo "La Di Da Di") is particularly effective as the Peas take turns rockin' the mic.

The entertaining visuals, a collaborative concept between will.i.am and Ernst Weber, takes our enjoyment to the next level with the album's first "non-political" video. Set against the backdrop of a Brooklyn neighborhood, BEP draws us in with some seriously cool graphics, acrobatic dance moves and a slick cameo by MC Ricky D himself. We also get to see the vocalist behind the hook – Filipino-American singer Jessica Reynoso, who also sang on "Ring the Alarm" and is currently backing the group on tour – join the action when the song flips into a bouncy club-banger.

We're keeping our fingers crossed that Masters of the Sun will be released in the near future. In the meantime, peep the awesome video for "Constant Part 1 & 2" below and download the track via your favorite digital retailers. Black Eyed Peas are currently drumming up support for the new project with the European leg of their Masters Of The Sun Tour. Check the website for ticket info and follow the group on Twitter for updates. By the way, this November marks the 30th anniversary of The Great Adventures of Slick Rick. Follow the Ruler on Twitter to see how he plans to celebrate.