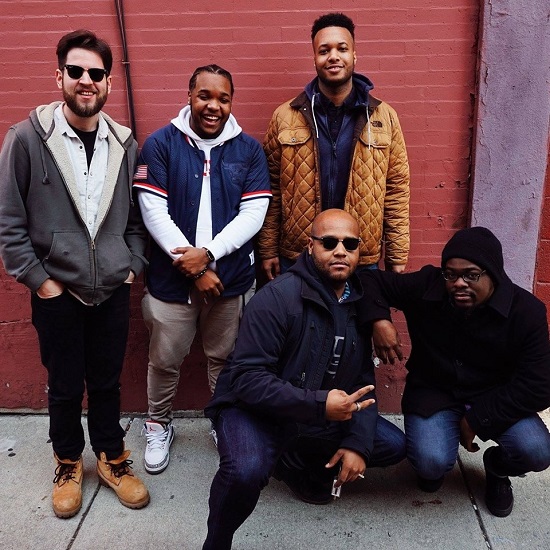 At first, the only output we'd gotten from Virginia jazz/funk quintet Butcher Brown this year was their on-point cover of Notorious B.I.G.'s "Unbelievable." That changed when the fellas unexpectedly dropped their four-song Fela Kuti tribute EP AfroKuti: A Tribute To Fela just last month. They're not done yet though, as they have a brand new full-length album, Camden Session, coming out in October. They've also given us a first listen to the project with lead single "Camden Square."

"Camden Square" once again showcases the band's ability to fuse genres. The instrumental track is definitely jazz on first listen, with smooth bass and guitar livened up by bright horn lines that float atop the mix. However, they play pretty freely with genre here, at times evoking the feel of modern jazz and even incorporating a bit of hip-hop swagger that keeps things interesting. Just when you think you've figured out exactly where the track is going, they switch things up with a groove that feels straight out of the neo-soul playbook. Though the song traverses many different ideas, they still manage to make it one cohesive whole and a very enjoyable listen that has us ready for what they're bringing on Camden Session.

In addition to the release of Camden Session, the fellas are also set to hit the road for several dates this October and will be supporting fellow jazzman Kamasi Washington on his Heaven And Earth Tour this November. You can head to their website for dates and info and press play below to listen to "Camden Square."