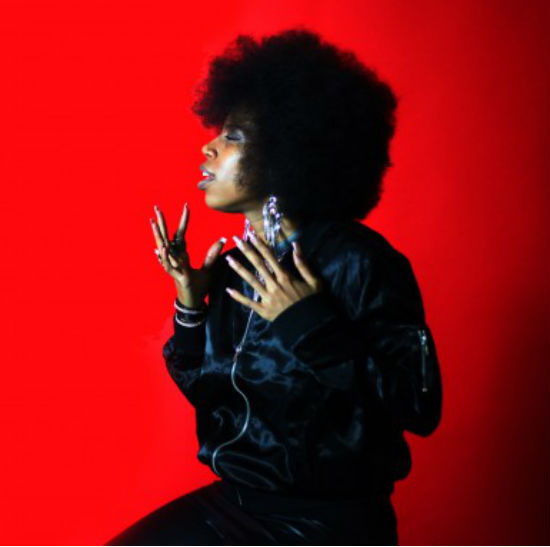 Fans of the incomparable Georgia Anne Muldrow are beside themselves with excitement. For years, we’ve watched the singer/songwriter/producer/multi-instrumentalist sprinkle her magic on the projects of other artists, including SoulBounce alum Rob Milton, and share the spotlight in collaboration with the likes of Madlib and her husband Dudley “Declaime” Perkins. Now, much to the delight of her loyal following, the unpredictable soulstar has officially announced her upcoming solo album Overload and has gifted us with another single to make the wait just a bit more bearable.

Following the release of the project’s title track back in June, Georgia Anne's latest single entitled “Aerosol” gives us another taste of the psychedelic, soulful goodness we can expect from the full album. Co-produced by Manila-born, New York City-based Lustbass and Rotterdam-native Moods, the track describes how the sights and sounds of one’s daily stroll often serves as a spark for creativity. With dreamy chord progressions, poetic lyrics and angelic harmonies, the single entrances the listener and paints a beautifully vivid picture of seemingly commonplace elements that inspire.

Muldrow refers to Overload, her first album on Flying Lotus’ Brainfeeder label, as “an experiment in restraint.” Of the project, she's said, “I pack myself into something as clear as possible with the help of gifted artists from all over the world.” Those gifted artists include Shana Jenson, Mike & Keys and Khalil, with Flying Lotus, Aloe Blacc and Declaime serving as executive producers.

Give “Aerosol” a spin below and see the little things through Georgia Anne Muldrow’s brilliant point of view. Add this jewel to your collection from the digital platform of your choice, and be sure to pre-order her new album Overload, which drops on October 26th.