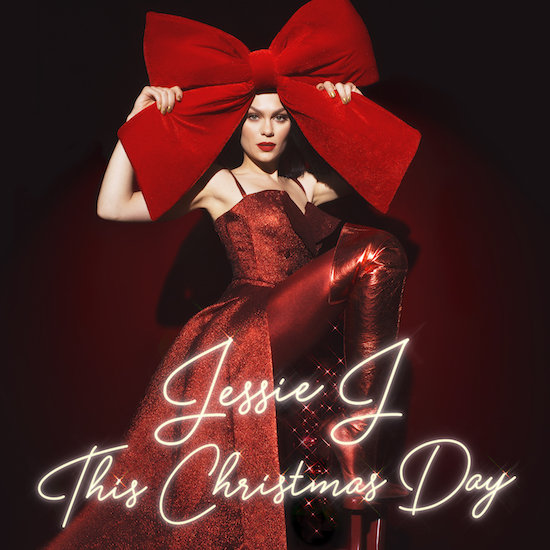 The temperature may have just started to dip, but that doesn't mean that folks are already looking ahead to the holiday season. Singer Jessie J is already hoping to be the soundtrack to a lot of kisses under the mistletoe with her upcoming album, This Christmas Day, due out next month.

The album marks the British songstress's first shot at holiday music and from the looks of the album credits, she is looking to come through swinging in a major way. This Christmas Day finds her working with legendary producers like David Foster, Jimmy Jam, Terry Lewis and more. The vocal powerhouse also teams up with heavy hitters like Boyz II Men and Babyface with their takes on holiday standards like "Winter Wonderland" and "The Christmas Song," respectively. Other songs that are sure to get you in the mood for the season's festiveness include "Silent Night," "Santa Claus is Coming to Town" and "Jingle Bell Rock."

Of the album, Jessie J says recording it was a dream coming true. "I love Christmas music and finally had the opportunity to record a Christmas album," she admitted via statement. Recorded in 14 days while on the road this summer, she is hopeful the album will become a staple for music fans around the world. "I hope you enjoy the music with your loved ones and create magical memories at my favourite time of the year," she shared. Check out the album's tracklist below to discover if this is a present you'll be unwrapping on October 26th.