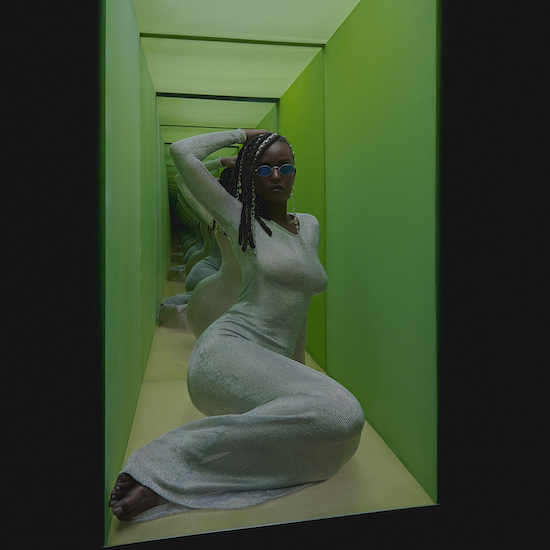 What's a good way to celebrate the one-year anniversary of your debut album? Well, if you're Kelela, you mark the occasion by releasing a remix version of the collection. To commemorate the release of her studio debut album, Take Me Apart, the singer is dropping TAKE ME A_PART, THE REMIXES on October 5th.

The latest single from the project is "KAYTRANADA_WAITIN_115 BPM," a reworked take on its original version, "Waitin." As the title indicates, producer Kaytranada is the force behind the remixed version. Here, he effortlessly peels back several layers of the original's elements, revealing a slicker version that could still draw listeners to the dance floor. The sparser version allows Kelela's voice to really shine on this relateable ode to running into an ex and the realization that feelings still remain.

According to Kelela, creating a remix album just made sense. "This project has been evolving in my mind since I was deep in recording Take Me Apart. I obsessed over production choices on the album and my only solace was knowing that the songs would be reimagined in this way," she explained in a statement. "So, it's not just a bunch of remixes...it's how my worldwide community of producers and DJs communicate through difference. It's also about the camaraderie that we experience when we find the overlaps. The same songs get to exist in these alternate realities which means different people get to have a relationship with the music."

To help celebrate TAKE ME A_PART, THE REMIXES, which she co-produced with her longtime collaborator Asma Maroof, Kelela will also be adding several special edition items to her available merchandise. The new merch will include a bundle package that will include the remixed album and a long-sleeved t-shirt. To pre-order the album or any of its accompanying merchandise, click here. In the meantime, take "KAYTRANADA_WAITIN_115 BPM" for a spin to hear what the young talent has been cooking up.