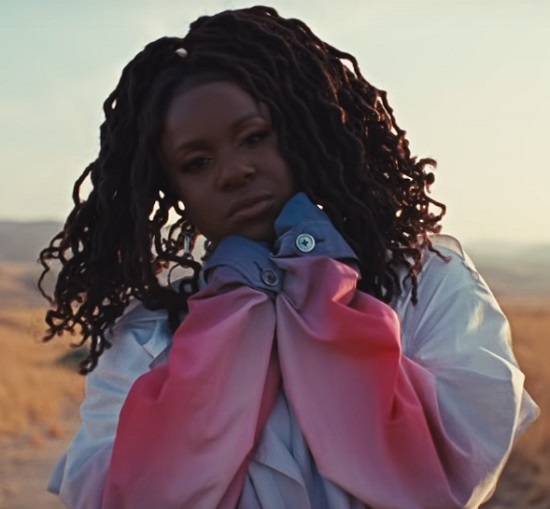 Late in August, NAO got our ears ringing with her new track “Make It Out Alive” featuring SiR. It was everything we’ve come to love and expect from the up-and-coming R&B star. Now she’s given us a few more treats this week ahead of the release of her next project, Saturn — an arresting video for "Make It Out Alive" and new song "Drive & Disconnect."

With a title like “Make It Out Alive,” you wouldn’t expect NAO and SiR to give us a standard video treatment and they don't. You won’t find two lovers arguing and looking forlornly in the camera before the twist reconciliation here. Instead, what we get is a creative visual that extends the metaphor without taking it over the edge. The premise for “Make It Out Alive” is people stuck in a dying country town. It could be described as a land that time forgot, where even the grass refuses to grow. The only thing taking root here is the hope for survival and escape. And, with the help of friends and family, people carry on. The clip opens with a view of a blue sky. The camera pans down to reveal a couple of weather-worn signs that give us the credits for the video. We also get to see a bit more of the desolate landscape. NAO makes her entrance, sitting in a chair on her lawn while sheets blow in the wind on a laundry line. Meanwhile, SiR is sitting at a bus station hoping to catch the next thing smoking. Amid all this, we see townspeople trying to lean on each other for faith and strength. NAO — with an assist from SiR — has given us a beautiful visual story. It’s art that is clever, creative and relatable without insisting upon itself.

Her new track "Drive and Disconnect" sounds like a spiritual successor to "Make It Out Alive." On the song, she sings "Don't wanna stay, wanna stay in / Days like, days like this, like this /Find a better place in this madness," in an effort to leave behind worries, regrets and people all up in her business. She sends her best regards over a thumping world beat vibe with a bit of a country twang. The track ends with a jazz piano melody that nicely compliments the staccato drums. An ode to escapism, it's a nice laid back track that lives up to its title.

The latest efforts from NAO only makes us more anxious for her upcoming album. Thankfully, we won't have to wait too much longer as Saturn is set to drop October 26th. She'll also be making her way around the world on tour to promote the project. While we mark our calendars, hit play below and get into the latest vibes from NAO.