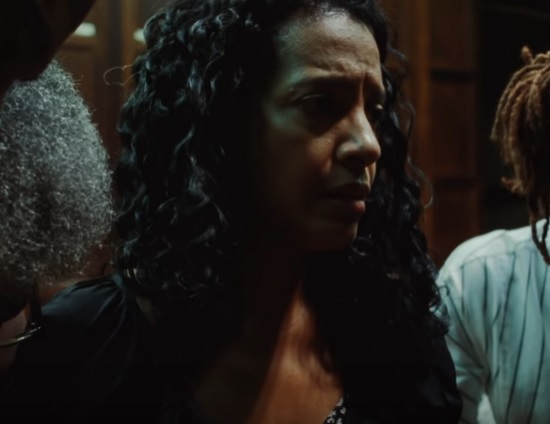 Prince might've been a man of mystery and intrigue when it came to his personal life, but he never shied away from making his feelings known when it came to the state of the world. He often addressed timely social issues in his music — from drug abuse to homelessness to police brutality and much more. It's only fitting, then, that one of his first posthumous videos tackles one of America's biggest problems: the gun violence epidemic. Utilizing the narrative from his Piano & A Microphone 1983 track "Mary Don't You Weep," the video tells an all-too-familiar story of loss and grief.

The video opens with a harrowing scene as a group of people crowds around a boy felled by a gunshot wound. As he lays lifeless, a woman we learn is his mother gingerly strokes his cheek. Soon he is out of his physical body and flanked by two colorfully dressed dancers who seem to be his guides into the afterlife. He doesn't leave this world, though. Instead, he stays by his mother's side as she adjusts to life without him. He's there as she puts away his things and even joins her as she grieves him at his funeral service. The otherworldly concept and imagery fits with the song's gospel roots and the dire message also lends well to Prince's more modern and secular interpretation, especially as this is something that was definitely near and dear to his heart as well. Director Salomon Ligthelm even includes one of Prince's best quotes about the change that is needed in America today: "The system is broken. It’s going to take the young people to fix it this time. We need new ideas, new life...”

Not only is the video for "Mary, Don't You Weep" a testament to Prince's enduring legacy, it's also a call to action to effect the change that he hoped to see in the world. Watch the moving visual below.