SoulBounce Exclusive: Jogee With A G Shares His Inner Dialogue With ‘I Know How It Feels’ 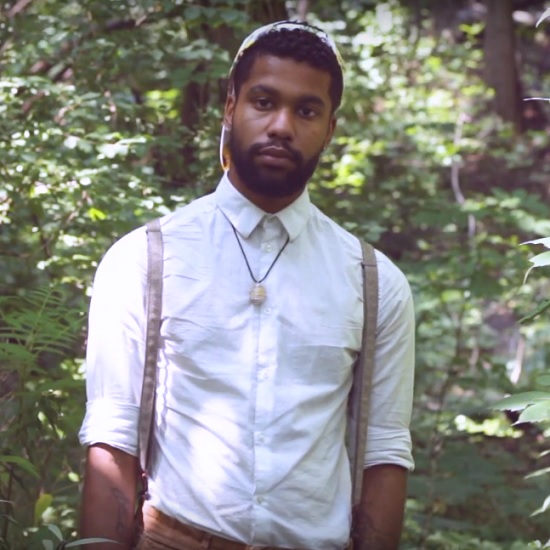 Though our established faves are constantly reinventing themselves and current artists are burning bright, there's a new crop of artists bubbling just under the surface and ready to break out. One such artist is Canadian singer-songwriter/producer Jogee With A G, who is in the final stages of creating his debut album Greenery. But before he releases his debut to the masses, he's entrusted SoulBounce with the premiere of the video for his lead single "I Know How It Feels."

According to Jogee, the song "is about the struggle with procrastinating on self-care and eventually coming to terms with it." He centers that message with a slightly melancholy melody heavy on synths and mood. He uses the backdrop to sing of issues that point to things not being A-OK. "I know it's all in my head / Don't need to make a big drama," he sings. "Don't need to sugarcoat things because I know how it feels." Though the verses have a more subdued feel, he pours heart and energy into the chorus, singing, "Even If you say I'm good / I'll keep on sayin' no / I can't let it go." The simple, straightforward and confessional feel of the track is translated quite well in the visual, as well. The camera focuses on Jogee, whom we see wandering aimlessly alone in the woods as he sings. While it's obvious that he might be going through something, it seems as if he's come to nature to recharge and center himself, communicating the importance of taking the time to take care of one's wellbeing.

"The song explores the idea that words have power and that the first step to overcome self-loathing is keeping a positive and clear headspace," Jogee said of the track. "It stays realistic, acknowledging life’s difficulties while bringing light to the fact that the drama can be what makes life fun to live sometimes."

We're sure Jogee With A Gee's unique musical style and approach will take him far and we're looking forward to Greenery, which should be arriving before the year is up. Get in the know with our boy Jogee by checking out the clip for "I Know How It Feels" below.