SoulBounce Exclusive: Quiet Man Wakes Us Up With ‘SL33P’ 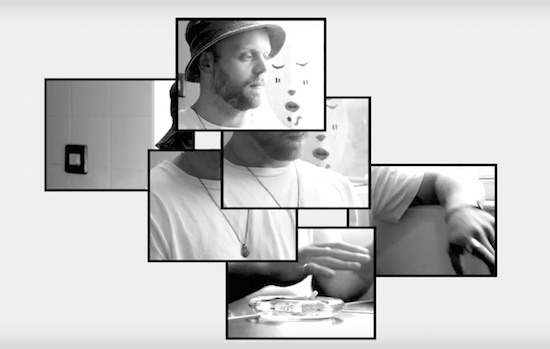 We can't be the only ones who create playlists when the seasons change. It only seems right to curate songs that help set the stage and mood for different times in the year. With that being said, we're in the process of getting our list together for Fall 2018 and we've discovered a new entry that just might make the cut: London's own Quiet Man. The rapper recently dropped his four-track, self-titled EP and it's a fitting intro to those not acquainted with the Brit's talents. We're also happy to give another introduction to his work with our exclusive premiere of his video for single "SL33P."

"SL33P" isn't your typical hip-hop track. It features jazzy instrumentation provided by an electric piano loop and shuffling percussion. Perhaps inspired the music, Quiet Man goes the stream-of-consciousness route with his lyrics. He doesn't worry about flow or structure as he seems to merely speak his thoughts, relaying the pressures of his young life as the music plays. The song's chorus brings it all home, with him singing, "I just want to sleep / I just want to sleep / I don't want to wake up and feel of how I closed my eyes that eve."

Speaking on what inspired the song, Quiet Man said, "I’d been writing a lot of words to no music when ‘SL33P’ came about. It was kind of an introspective train of thought that came at a time when I was being pretty loose set to the backdrop of those beautiful wonky chords [the song's producer] Courage laid down. As a result, the lyric pattern isn’t very structured but, hopefully, it achieves an honest acknowledgment of a vulnerable side of my character. A side that I’ve given in to many times. And will many times more, I’m sure."

He translates the slightly disjointed feel of the song in the video, which is a black-and-white clip that finds him sitting in a cafe as the music plays. However, we never see a whole picture of him. Instead, a plethora of squares and rectangles hang in the frame with each showing a different piece of him. It's honestly a brilliant way to bring the song to life.

Quiet Man has definitely caught our attention with "SL33P" and will probably hold it as we get deeper into the other songs on his self-titled EP. Check out his unique vision in the song's video below.


TAGS:  Courage, Quiet Man
Previous: Leon Bridges Shows Off His Dance Moves In ‘If It Feels Good (Then It Must Be)’ Next: SoulBounce Exclusive: Isa Marina Shuts A Situationship Down In ‘No Grey’