Tamia Brings Her A Game On New Album ‘Passion Like Fire’ 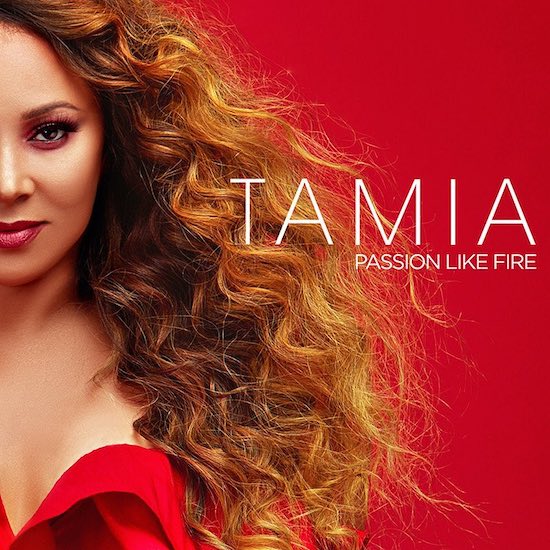 Singer Tamia seems to have found the key to happiness through her union with husband Grant Hill. So much so, that nearly 20 years in the marriage game, she still has love on the brain. The emotion and all of its various forms provide much of the inspiration behind Tamia's latest studio album, Passion Like Fire.

The album plays like an instructional manual on how to keep your marriage going. Songs like the album's lead single "Leave It Smokin'" and "It's Yours" are perfect examples of the importance of keeping things hot, heavy and spontaneous in the bedroom after the kids have been tucked away at night. The latter finds Tamia requesting her man not "sleep too hard" just in case the mood hits her in the middle of the night. Although her subject matter is strictly for the grown and sexy, she injects an updated and trendy vibe into her delivery, stopping just short of rapping her seductive lyrics.

Though she dabbles in the sounds of today, she sticks relatively close to the more traditional R&B sound that has kept her in the game for the past two decades. "Lost In You" and "Today I Do" are the types of sweeping love ballads we've come to expect from a vocal powerhouse such as her, however, Tamia effortlessly avoids coming across as stagnant. Her voice is stronger than ever and one gets the impression that she means every word she says as she lays it all on the line in the name of love.

Besides dwelling in matters of the heart, Tamia also shows and proves that she can also kick back and have fun as she shows on "When the Sun Comes Up." The lighthearted song focuses on those nights out with friends that don't end until the wee hours of the morning. Meanwhile, "Not For Long" is a bonafide bop, complete with finger snaps, where Tamia gathers her strength to walk away from a relationship that has run its course.

Other early standouts on Passion Like Fire include "Better" and "If I Had to Choose," with its throwback vibe and lyrics about undying love through thick and thin. Though love is the focal point, Tamia paints a realistic picture of the hard work and dedication it takes to make a relationship work. Twenty years after the release of her self-titled debut, the Canadian singer easily shows that she not only still has what it takes to remain relevant in the fickle music industry but that her brand of music is well worth the wait.


TAGS:  audio, grant hill, tamia
Previous: Lenny Kravitz Aims To Elevate With ‘Raise Vibration’ Next: This Week In SoulBounce: Cardi B & Nicki Minaj Get Into It At A Fashion Week Party, Did A CBS Exec Try To Ruin Janet Jackson’s Career?, Nas Breaks Silence On Relationship With Kelis & More