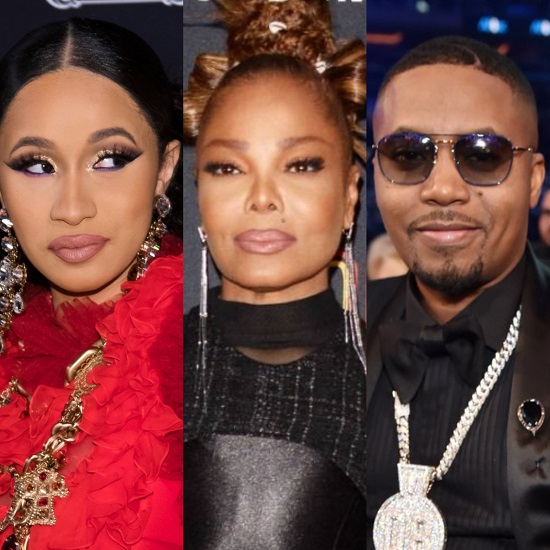 What's really good, Bouncers? Summer might be cooling down in its final days, but there's no chill when it comes to this week's music news. In fact, folks are popping off like we're in Brooklyn and its the hottest day of summer in 1989. Don't believe us? Allow us to point you to the events of just a few hours ago, when one Cardi B attempted to put the paws on Nicki Minaj while they attended the same New York Fashion Week Party. Still not convinced? Well what about hip-hop legend Nas airing out his grievances and his ex Kelis in a seven-post rant on Instagram. Not to mention, it's been revealed that the conspiracy to sabotage Janet Jackson's career post Nipplegate wasn't just speculation and was actually orchestrated by a high-powered CBS exec. All that drama, plus the formation of a supergroup featuring Black Thought, Phonte and Rhymefest, Common helping Michelle Obama to get out the vote for the midterms, the latest stop on Kanye West's apology tour and much, much more. Do the right thing and read on.