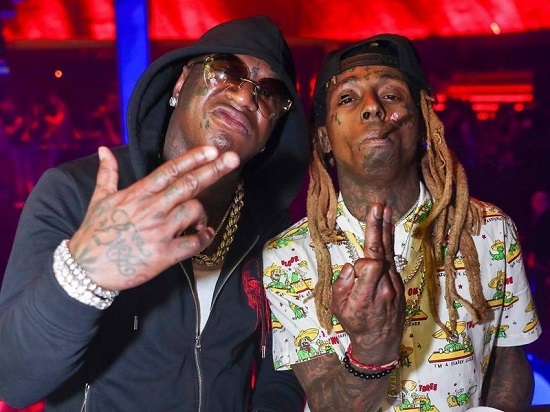 The rift between Lil Wayne and father figure Birdman has been one of the biggest stories in hip-hop for a few years now, with the two even sending heated words each other's way whenever they got a chance. Now that the legal matter between them has been settled, though, it seems as though their beef has been put to rest. To make it official, Baby even apologized on stage during Weezy's Lil Weezyana Festival. "I knew this day was gon’ come, but I didn’t know when it was gon’ come," he told the crowd. "But this n***a right here, the best n***a, the realest n***a, the illest n***a. And I wanted to apologize to my n***a worldwide." How sweet. The time one-time rivals then embraced and Birdman commented that the two would be rockin' together until the day they die. Now that all is said and done, when are we gonna get Carter V? #LookMaNoBeef