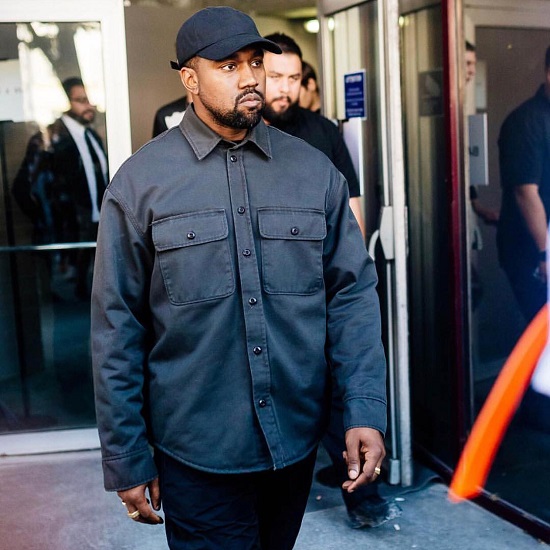 Kanye West isn't exactly the black community's favorite person at the moment what with his support of #45 and, we don't know, the comments he made stating that slavery was a "choice" for black people. While visiting his hometown of Chicago, the rapper/producer took time to do an interview with local radio outlet WGCI and apologize for his comments as well as answer some burning questions. "I don’t know if I properly apologized for how the slavery comment made people feel," he said. "I’m sorry for the one-two effect of the MAGA hat into the slave comment, and I’m sorry for people that felt let down by that moment. And I appreciate you giving me the opportunity to talk to you about the way I was thinking and what I was going through." Things then got a bit emotional as one DJ tearfully told Yeezy what his voice means to the black community, which moved him enough to hug her. She then returned the favor when he got teary about his fractured relationship with former homie Don C.

He also took time to answer the question about Trump that he avoided while appearing on Jimmy Kimmel Live, saying, "I feel that he cares about the way black people feel about him, and he would like for black people to like him like they did when he was cool in the rap songs and all this…He will do the things that are necessary to make that happen because he’s got an ego like all the rest of us, and he wants to be the greatest president, and he knows that he can’t be the greatest president without the acceptance of the black community. So it’s something he’s gonna work towards, but we’re gonna have to speak to him." Sigh. #OneStepForwardFiveStepsBack