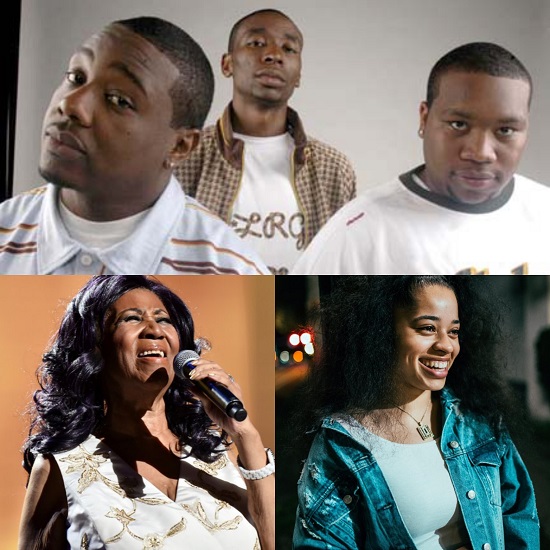 This Week In SoulBounce has always got you covered with music news, and the last week of September is no exception. With October mere hours away and the chill of fall already lingering in the air, things are heating up in the music world. For instance, beloved hip-hop group Little Brother finally reunited for a surprise performance at this weekend's Art Of Cool festival, which of course is sparking rumors that more might be coming from the trio's direction. Meanwhile, yet another well-deserved tribute has been lined up for Queen Of Soul Aretha Franklin, this time looking to bring to focus the icon's gospel roots. Meanwhile, drama was afoot after Ella Mai's label yanked Jacquees' "Quemix" of her current hit "Trip," prompting fan backlash and a definitive statement from Ella's labelhead DJ Mustard. All of that, plus why Childish Gambino had to postpone his This Is America Tour, Steve Harvey's choice words for Pusha T, why it might be high time for Rihanna to move out of her Hollywood Hills home and so much more. No one can do music news like we do. Read on and see why.