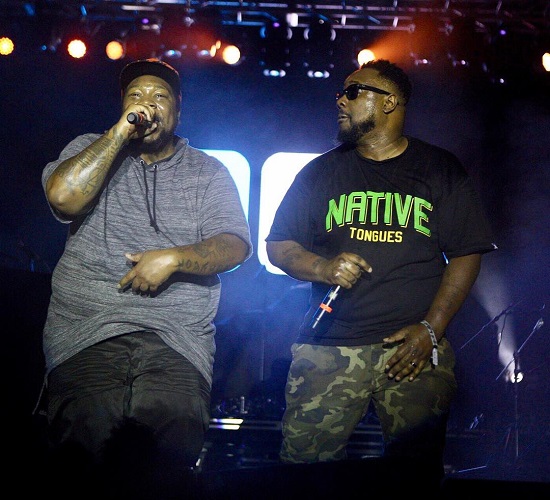 Hip-hop fans got quite the surprise at this weekend's Art Of Cool Festival. When rapper Royce Da 5'9 was forced to drop out after missing his flight, 9th Wonder was able to pull together his homies Rapper Big Pooh and Phonte together for a Little Brother reunion. The surprise reunion — announced mere hours before their set — was the first time the trio had performed together in years and was well-received by fans. The crowd ate up the classics as the fellas rocked it like they never left, sparking some to wonder if there's more in store from the LB crew. Unfortunately, that still remains to be seen. #LBForever