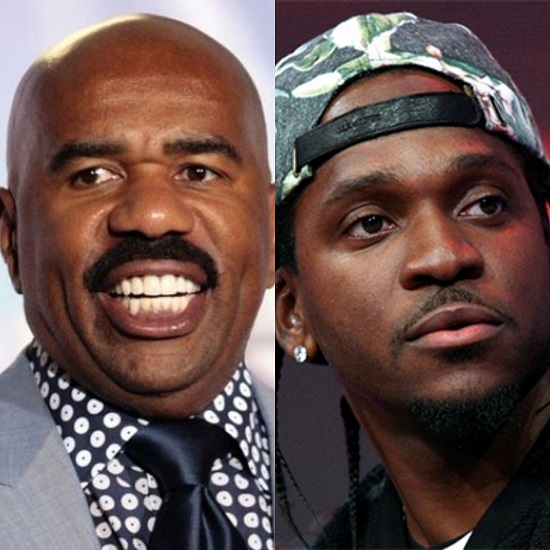 File this one under: "Umm...OK." Somehow, it got back to Steve Harvey that his name was brought up by Pusha T on his Drake diss "The Story Of Adidon." On the song, Push spits about Drake's dad Dennis Graham, "Monkey-suit Dennis, you parade him / Steve Harvey-suit n***a made him." Though he claimed that he could care less about what the G.O.O.D. rapper said about him, he took time to address it during a break on the set of Family Feud. "They said 'Pusha T cracked on you in a rap song,'" he says. "Well, f**k Pusha T!" Well alrighty then. He then continues to make fun of the Daytona rapper with a silly freestyle that proves that the funny man shouldn't quit his many day jobs. Though Push is done beefing with Drake for now, we wonder if he'll have some words for Steve. #SteveHadTime