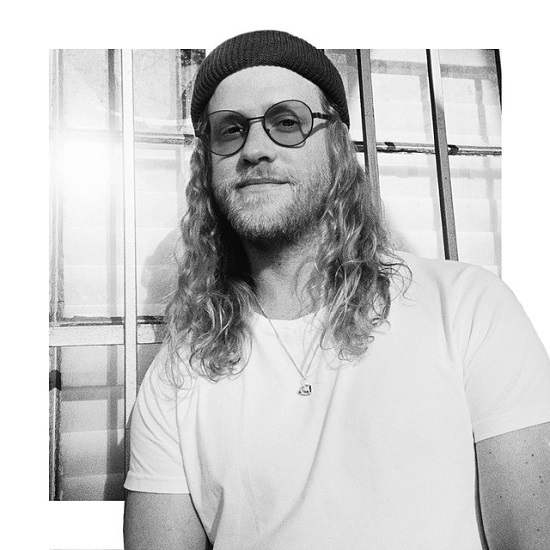 Allen Stone is currently making his way across the country for his fall tour. But one state in particular is getting some extra special "luh" this month as Allen recently shared his take on Ray Charles' iconic rendition of "Georgia on My Mind." The song was recorded for the Starbucks/Spotify collaboration called Nation of US, a curated playlist featuring "Songs of community, caring and America from artists we love." And boy do we love us some Allen Stone.

There's nothing conventional about the flaxen-haired artist, so we already knew that his interpretation would go beyond the typical retread. Sure enough, he revitalizes the classic ballad – quickening the pace and adding doo-wop style background harmonies over a soulful arrangement of finger snaps, Rhodes and acoustic guitar. The native Washingtonian sings about The Peach State with such genuine affection that it's hard to believe he never called it home.

Ironically, "Georgia" isn't the only Ray Charles classic that Mr. Stone put his stamp on this month. Just last week, the soulful musician made a pit stop at the Grand Ole Opry in Nashville, joining a diverse group of artists to tape An Opry Salute to Ray Charles. Though he didn't perform "Georgia On My Mind" (Boyz II Men held it down that night), he did link up with country singer Cam for the break-up-to-make-up duet "Here We Go Again." Unfortunately, we'll have to wait until February 2019 for the televised special to air. In the meantime, stream the track below and see if "Georgia On My Mind" doesn't stay on your mind long after it's through.

On a related note, Allen Stone needs to go ahead and drop a covers album already. This year alone, he's blown us away with his interpretations of soul icons Marvin Gaye, Aretha Franklin (so good!) and the aforementioned Ray Charles. Add in his comical Shower Sessions series (he's acting a fool, but still sangin') and it's a no-brainer. This needs to happen, sir...please and thank you.

As for the Starbucks playlist, you can stream directly from their app and website or simply head to Spotify. Whether or not you're a fan of the coffee chain's rotating drink menu, you've gotta admit, their muzak game is anything but boring. Nation of US upholds their track record with "Fresh takes on timeless anthems" from some of our faves, including: Aretha Franklin, Bill Withers, Mary J. Blige, Ledisi, John Legend, Bob Marley & The Wailers, José James, Tom Misch, Leslie Odom Jr, The O'Jays and Aloe Blacc.