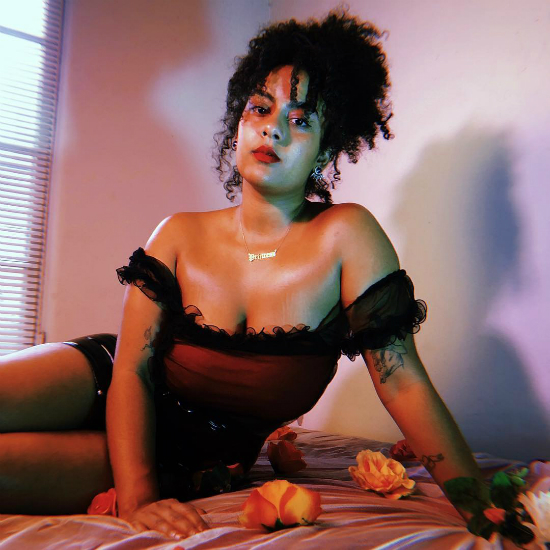 Singer/songwriter Bibi Bourelly has penned many a track for the likes of Mariah Carey, Rihanna and Selena Gomez. Now the songstress is releasing an ode to the writing process in her new track "Writer's Song." Bibi breaks down the pressure of writing in the guitar-laced single, which features her raspy vocals, sung to represent her frustration. According to her chat with High Snobiety, she wrote the track in 10 minutes after she got some executive pressure to make a hit."How the f**k I'ma write a song if I don't feel like it? / No I don't write that well," she sings.

In the accompanying music video, we watch Bibi write out the lyrics to the song and then crumple the paper when she's not satisfied. She takes some time to drink a little wine, as she continues putting herself down in the track. At the end of the brief video, we see a clip of two cute babies, and then more crumpled papers strewn across her carpet. Self-doubt is the central theme of the video, and we suspect the presence of the babies represent a simpler time.

The artsy video gives us a glimmer of hope that we'll be getting the singer's debut album at some point soon, and based on her track record, we're not worried about the songwriting at all. Watch the short visual for "Writer's Song" right here and purchase the single from any number of digital retailers. If this won't help you deal with your own case of writer's block, we don't know what will.


TAGS:  Bibi Bourelly, mariah carey, rihanna, selena gomez
Previous: Allen Stone & Jamie Lidell Serve Up Another ‘Taste’ From Upcoming Album Next: The Shindellas Tap Into The Transformative Power Of Music On ‘Happy To See You’