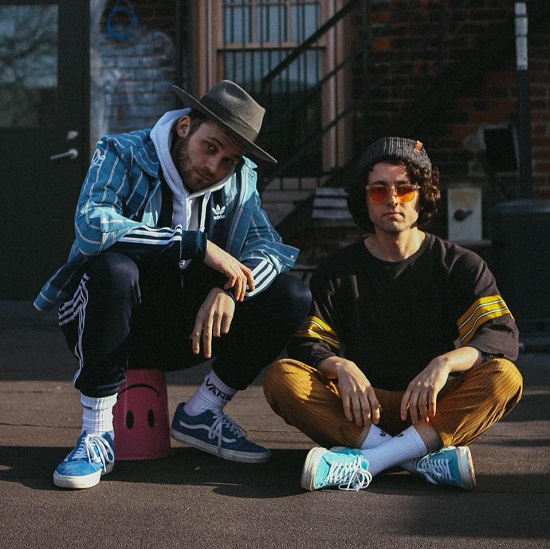 Brasstracks might rep hard for their New York City home but right now they're taking it to Compton to celebrate the six-year anniversary of Kendrick Lamar's good kid, m.A.A.d city. The duo surprised fans and music lovers alike with a tribute to the game-changing album, cleverly titled "Good Kid, Brass City," which features a medley of GKMC tracks reimagined as brass-heavy instrumentals.

The set rightfully starts off with K. Dot's tribute to his hometown, "Compton," which happens to be the easiest to imagine as a brass-y jazz jam. They cheat a bit by including distorted vocals in the mix but can be forgiven since it sounds damn good. They keep it going from there with a handful of other familiar songs, including the bluesy "Good Kid," before getting to fan favorites "Poetic Justice" and "B***h, Don't Kill My Vibe." While sticking closely to the source material, Brasstracks' tribute isn't just a straight homage or the on-the-nose covers of Hidden Beach's Unwrapped series, but an actual interaction with a work that inspired them.

“So we were on tour a couple weeks ago and we were listening to Kendrick Lamar’s full discography, and the album that still resonates with the most is Good Kid Maad City. We had the crazy idea to make an ode to Kendrick Lamar from the songs from the album,” Brasstrack's member Ivan Jackson said in a statement. "Most of the songs on the project have a really healthy relationship between jazz and hip-hop. It was pretty easy for us as jazz musicians turned hip-hop producers to go into the studio with all of our friends and make some magic happen based on what Kendrick did in 2012. This was honestly just fun for us. If anybody else really digs it, Kendrick hears it or something crazy, that’s just a bonus. Because this was an amazing project for us to do.”

Get into Brasstracks' tribute to a modern classic below and stick around for a behind-the-scenes peek at how it all went down.


TAGS:  audio, Brasstracks, Ivan Jackson, kendrick lamar
Previous: When It Comes To Love, Kameron Corvet Wants You To ‘Give It A Try’ Next: Nanna.B Allures With ‘Magnetars’ Ahead Of New Album