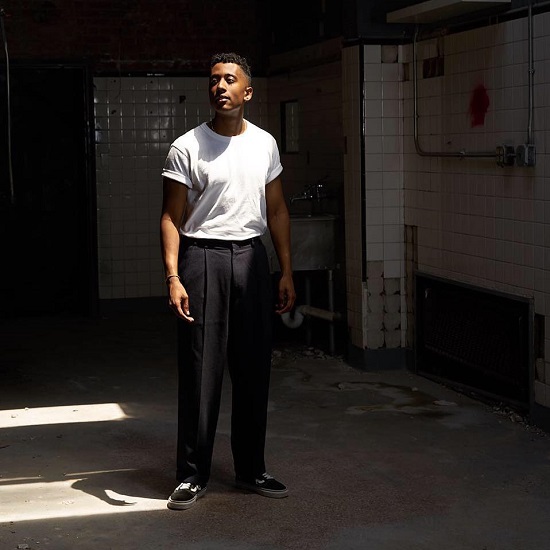 Braxton Cook has been a regular on SoulBounce ever since we first heard the sweet sounds of his saxophone. Then he went and flipped things on us by giving us sublime vocals on songs like his recent single "When You Hold Me." Don't let the switch-up fool you, though. He's still one of the most in-demand young sax players in the industry, a fact he reminds us of with his latest single — and title track to his new album — "No Doubt."

Braxton lets his sax do most of the singing on the track as he and his band play the spirited number. His impressive chops, as well as those of his band, make it all feel quite effortless. Phrases are introduced, recalled and improvised in a way that leaves the listener anticipating what's next and feeling pleasantly surprised when those expectations are subverted. This is especially true of the interplay between Braxton's sax and the guitar, with the two riffing and running to create a beautiful push and pull that leads into their separate solos quite nicely. For extra contrast, Braxton does sneak some vocals into the mix, which only serve to accentuate the exquisite playing going on rather than sideline it.

There's more in store than just the title track, though, as the whole project is teeming with songs that find the gifted musician spreading his musical wings even wider. In fact, we have no doubt (see what we did there?) that we'll be waiting to welcome Braxton Cook's lastest with our wallets when it drops November 2nd. And luckily, you don't have to wait to hear the magic he's cooked up, as our friends at Hype Machine have an advance listen of the nine-song set. Press play below and be sure to support Braxton's latest on Friday.