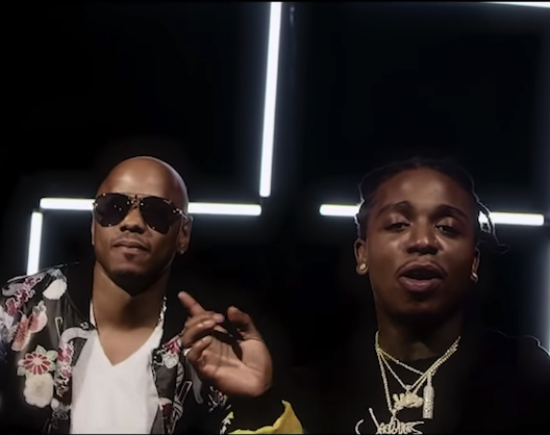 Oh, to be 23 again. In lieu of a do-over, we have R&B crooner Jacquees to remind some of us about what being that age entails. The singer just dropped off the visuals for his song "23" from his debut album 4275. To get the perfect '90s R&B sound, he teamed up with none other than Donell Jones, who produced the track and also appears in the five-minute video. In "23" Jacquees lets us know he's young, fancy, free, single and very ready to mingle.

The visual for "23" begins with Jacquees and Donell leaving a laundromat but not before our leading man dips back into the spot to put his mack down on a pretty young thing. After securing the digits, Jacquees hops in his Lamborghini and takes Donell for a leisurely drive around town. While he's flossing in his luxury vehicle, he sings, "I'm just a single man (yeah) / That's where I wanna be / Don't need no relationship (nah) / Not when I'm 23," making his intentions crystal clear.

Donell and Jacquees end up at a restaurant, and the young star gets a dramatic call from one of the women on his roster and she is hella mad because he's paying her dust. He shuts her down (again) and goes about his business with Donell who shares some sage advice, basically telling him to live his best. "Take it from an O.G. I been there," Uncle Donell tells the young whippersnapper. They enjoy their drinks and a hearty lunch, but their pleasant afternoon is interrupted by old girl who Jacquees curved on the phone popping up at the restaurant and popping off on him before the clip fades to black.

After catching everyone's attention with his infamous covers (hey Ella Mai), EPs and mixtapes, Jacquees finally delivered his album 4275 on the Cash Money Records imprint in June. The now 24-year-old has made quite a name for himself, so we're guessing he still has the same stance about serious relationships and probably will for a while. Watch the video for "23" featuring Donell Jones right here to see why Jacquees won't be settling down anytime soon.


TAGS:  donell jones, Jaquees
Previous: SoulBounce Exclusive: Sam Ravenna Pours His Heart & Soul Out On ‘Can’t Be Replaced’ Next: Ella Mai & Chris Brown Are Down To Creep On ‘Whatchamacallit’ 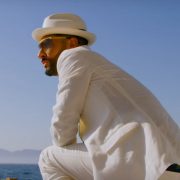