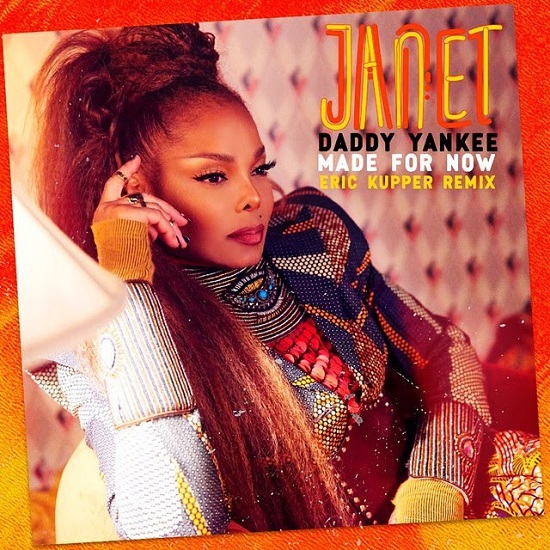 How can you not love Janet Jackson's most recent single "Made For Now"? Besides the fact that it's got a feel-good global groove that appeals to everyone and their mama, it also possesses a positive message all about living your life for the moment and enjoying the now. Of course, as with most of Janet's hits, this one was also ripe for a dance remix and it gets one courtesy of Eric Kupper.

The renowned electronic producer and remixer's take brings "Made For Now" into soulful house territory thanks to a four-on-the-floor rhythm, some groovy synth piano chords and well-placed strings. Add some bongos and hi-hats and you've got the ingredients for a smokin' hot time on the dance floor. Of course, Janet's vocals lend themselves well to this kind of production (there's a reason why she's landed so many No. 1s on Billboard's Dance charts). Kupper makes sure that Jan's voice is heard loud and clear throughout, giving us her full verses rather than just chopping her vocals how he sees fit. He does the same for Daddy Yankee, though his vocals are sped up a tad to match the more uptempo vibe the remix has going for itself.

We might be at the beginning of fall, but you can act like it's summer all over again when you press play on the newest Janet Jackson remix below.