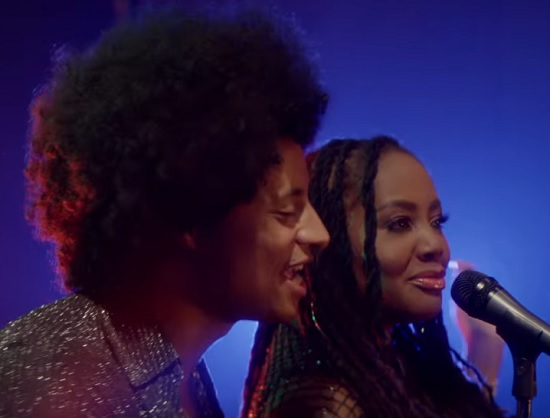 José James has us feeling the throwback vibes with his Bill Withers tribute album Lean On Me. With many of José's selections coming from the seminal singer-songwriter lifted from Withers' '70s heyday, taking a listen to the collection often feels like getting in the wayback machine and traveling back to the decade of bell bottoms, voluminous afros and leisure suits. José James and featured guest Lalah Hathaway take a cue from those throwback vibes in the video for their take on "Lovely Day."

The Maddie Deutch-directed clip focuses mainly on José as he strolls through a suburban neighborhood in 1975's flyest threads. Butterfly-collared shirts and flared-leg pants are everywhere as he sings the song's timeless lyrics. Of course, it's not all about a sunny stroll down memory lane. He also dips into the glamorous side of things, donning sequins amid laser lights a la Michael Jackson's "Rock With You" video. It's in this moment that he's joined by the beautiful Miss Hathaway, who matches him in style and voice as they breathe new life into the classic. The '70s daydream eventually ends, though, as elements of today's world eventually creep in at video's end.

With everyone looking for something from simpler times (especially given our current climate), José James is offering up a dose of nostalgia that is just what the doctor ordered. Take a look for yourself when you watch below.