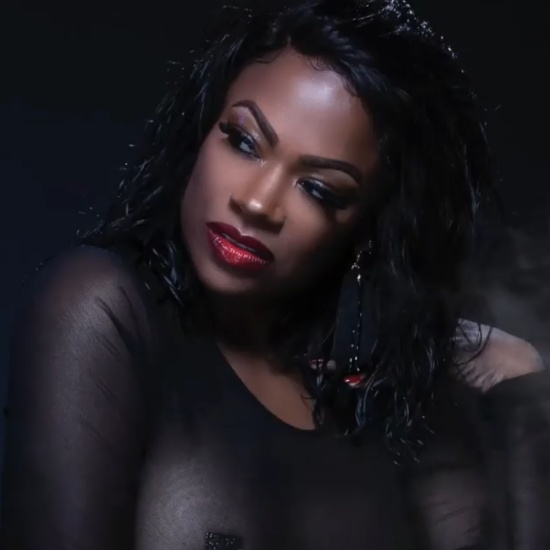 Kandi is a pretty outspoken individual, especially when it comes to sex. You need look no further than her Bedroom Kandi line of sex toys and her Kandi Koated Nights show to know this. But Kandi is also pretty sexually suggestive in song, too. She shows and proves just that with the release of her newest single, "Ready For This."

If the single's suggestive cover (see above) didn't let you know what kind of affair this was going to be, the song's raunchy lyrics might clue you in. "Said you want some real s**t / Well, now you're f**kin' with a real b***h," she sings on the opening chorus, immediately letting us know that this one is for adults only. She goes on to describe all the manners of freaky ish she's looking to do over the syrupy bedroom jam laden with stuttering hi-hats and synths. Apparently, if you wanna ride with Kandi, you'd better be down for multiple positions and nights filled with unbridled passion as she's the "Lebron/Kobe" of this here bedroom thing.

Like her previous single "Fake People," "Ready For This" doesn't appear to be attached to an album. Instead, Kandi's using the track to serve as the introduction to her "Welcome To The Dungeon" parties, which kicks off tomorrow night in ATL. Looks like it will be a freaky good time for all and Kandi's already got the soundtrack covered.