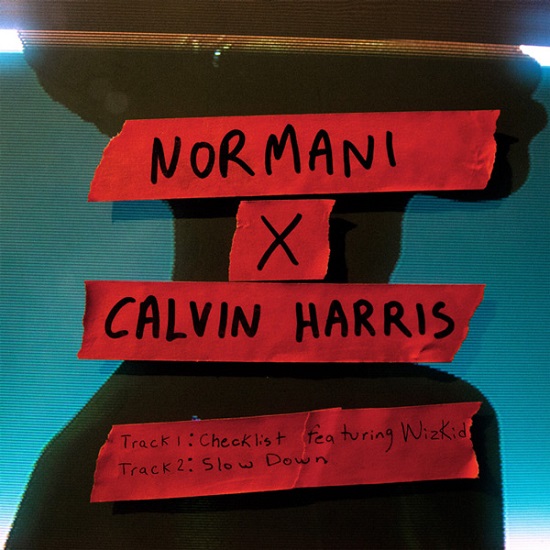 Normani has been making a name for herself on the solo tip with a slew of collaborations such as her smash hit duet with Khalid "Love Lies." However, it's her latest collaborations with producer Calvin Harris that show us what the songstress is really capable of. The twosome come together for new tracks "Checklist" and "Slow Down," both featuring the former Fifth Harmony member in all her sultry, club-ready glory as she makes her best case yet as to why her star deserves to shine.

For "Checklist," Normani and Calvin give us a worldly vibe as they spice things up by melding R&B with Afrobeat and dancehall. It makes for a bass-heavy jam that plays to both their strengths. Normani vamps it up on the track as she plays temptress. Spotting what she wants, she invites a fella to "come show me what that neck 'bout" with just the right amount of sex appeal to guarantee that he'll happily obey.  Featured guest Wizkid accepts her request, offering up a reply that echoes her lyrics while offering a cool counterpoint to Normani's steamy delivery.

"Slow Down" allows Normani to shine on her own over a shuffling dance vibe aimed straight at the pop charts. Starting with slow, fuzzy keys and Normani's coos, the beat drops rather quickly to reveal the song as a dance-floor filler. The kick drum thumps as the singer requests everybody slow it down while she sorts through her love situation over guitar licks and synths. While Normani offers up her heart, Calvin creates a delicious tension by switching between fast and slow grooves, making us anticipate which is coming next. And though she's not belting here, Normani proves that she can play the role of Top 40 pop singer as easily as she can give you heart and soul on R&B tracks.

While the jury is still out on whether or not Normani will be able to carry an album on her own, we think she might've just found a go-to collaborator in Calvin Harris. Let us know if you agree when you listen to "Checklist" and "Slow Down" right here.