SoulBounce Exclusive: AxMod Wants You To ‘Walk Away’ Right To The Dance Floor 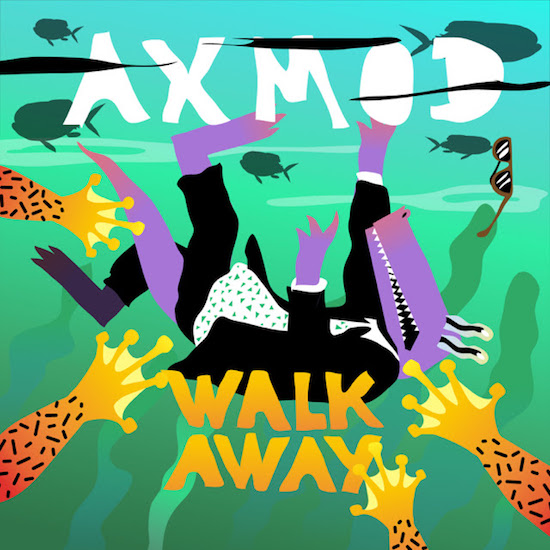 French DJ/producer AxMod's short bio reads, "I make music that makes you swoon." However, swooning is only one thing that his music has us doing. The artist born Foucault Jannin creates tracks that have us making a beeline to the nearest dance floor to work up a good sweat. He has us doing just that on his new single "Walk Away," which SoulBounce is presenting in an exclusive world premiere.

The classically trained pianist turned electronic artist makes another pivot in his career into disco with "Walk Away" and the popular summer single "Talk" featuring DiRTY RADiO. "Talk" has amassed over 600K streams on Spotify, and AxMod looks to replicate that success with his latest. He should have no problem with this catchy kiss-off.

Singer OMZ contributes his vocals to "Walk Away," and he's had it up to here with his significant other. He resolutely sings, "I'm waking up in the morning / I'm breaking up with you / I've had enough of your no good games / And I'm telling you that it's through," in the opening lyrics of the song, and it's clear that he's over and done with this relationship. He's dancing his way out the door to AxMod's swirling groove.

“I really wanted to go back to my disco roots for this track; to take it back to the clubs and dance floors and as a homage to the DJs and culture that inspired me when I was growing up,” AxMod told us about his inspiration for crafting "Walk Away." He's captured that energy on this track and has us eager to hear what other musical surprises he has in store. "Walk Away" is available on all digital platforms as of today. Peruse AxMod's other releases and remixes on SoundCloud, and keep up with him on Facebook, Twitter and Instagram.


TAGS:  audio, AxMod, Foucault Jannin, OMZ
Previous: Sharaya J Wants Her Haters To ‘Say Less’ Next: SoulBounce Exclusive: Mar Strips His Sound To Its Essence In ‘Long For You (Revisited)’