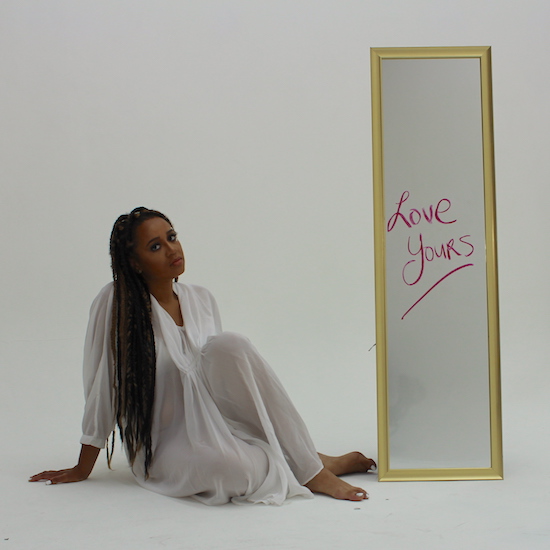 The soundtrack of our lives is rarely just one sound. Sometimes it’s old school R&B. Sometimes it’s trap music. And sometimes it’s a song from a genre we rarely listen to that just knows our heart. That is what Chelsea Johnson, better known by her stage name Iamchelseaiam, explores and brings to life. The artist talks about everyday human experiences and interactions, creating a rich tapestry with her voice and guitar. Describing herself as an, “Urban Hippie” the singer/songwriter/multi-instrumentalist offers a unique musical aesthetic that is both a little folksy, a lot of R&B and a bit of rock and roll. On her latest project, A Beautiful Mess, the singer is experimenting even more, incorporating rhythmic, heavy basslines and synths into her compositions. Her new sound can be heard loud and clear on her latest single, “Hurt People II.”

We’ve all heard the familiar adage, “Hurt people hurt people.” While the phrase might seem a bit cliche now, Iamchelseaiam gives the phrase new life and in vivid color. On “Hurt People II,” the singer is facing the fact that her lover is doing her dirty. Most likely because he’s been hurt in the past as well. Produced by Ebonie Smith, the song is a midtempo track with a deep, growling bassline. It serves a nice backdrop for Iamchelseaiam’s voice to shine. Slightly raspy, her vocals are similar to Keyshia Cole. While she bravely expresses her emotions of pain and sorrow, she never lets the histrionics get the better of her, showing both control and range.

For the music video, Iamchelseaiam gives us a simple visual reminiscent of John Legend’s “Ordinary People.” Directed by Roarin’ Lion with creative direction from the artist and Anthony “AB” Benson, we watch as threr people go through their own personal turmoil. One woman struggles with nasty comments about her looks from people online, a man faces challenges living his dream of a being a musician and a couple just can’t seem to see eye to eye. Meanwhile, Iamchelseaiam strums their pain with her fingers. The clip ends with each finding their own strength and a message of self-love.

Watch SoulBounce's exclusive world premiere of the music video for "Hurt People II" and see if you can relate to some of the situations. Iamchelseaiam is currently touring and might be bringing her guitar to a city near you soon. For more information on the artist and her itinerary, visit her website. You can also follow her moves on Instagram, Twitter or Facebook.