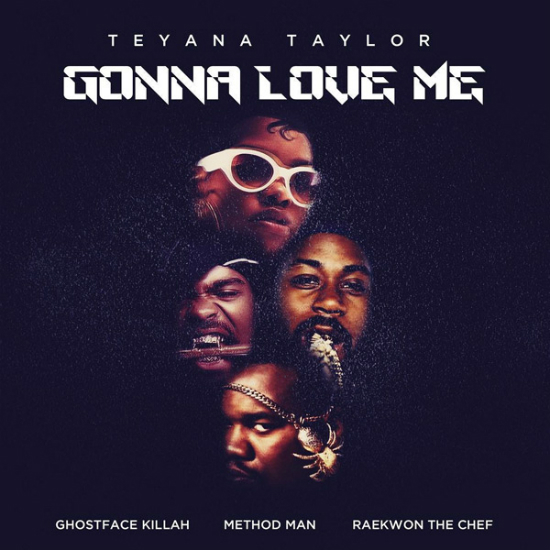 We already knew that Teyana Taylor wasn’t anyone to f**k with. But we didn’t know just how true that was until this remix to her song “Gonna Love Me" made its way onto our radar. For the remix, the Harlem representer hooked up with them boys from Staten Island, AKA Shaolin, the Wu-Tang Clan. Repping for the Wu crew are group members Ghostface Killah, Method Man and Raekwon the Chef. The result is a throwback banger that’s pure '90s hip-hop soul.

Produced by Kanye West, the remix to “Gonna Love Me” doesn’t deviate much from the original except for the addition of the three rap verses. Teyana lays down her first verse with support from Ghostface. Not only does he rhyme Minnie Riperton with Calgon, but he sprinkles in a few ad-libs to Teyana’s verse. Method Man comes through in the middle delivering a charismatic and melodic flow, giving us a few linguistic gymnastics, ending his verse with the clever couplet, “I’m too grown for Netflix and chill /But I G and post up like a net flick, for real.” Finally, Raekwon delivers the last verse, coming through as the “wedding crasher.”

“Gonna Love Me” is the latest release from Teyana’s sophomore album, K.T.S.E. The release of the album, as with all things Kanye lately, had some controversy as the collection was released late and had sample clearance issues. Never one to take a setback as an excuse not to step forward, Teyana braved on with the project. She even recently shot a video for one of the troubled tracks that didn’t make the album, “We Got Love.” Until that video makes its way across our screens, we’ll bump this new remix.