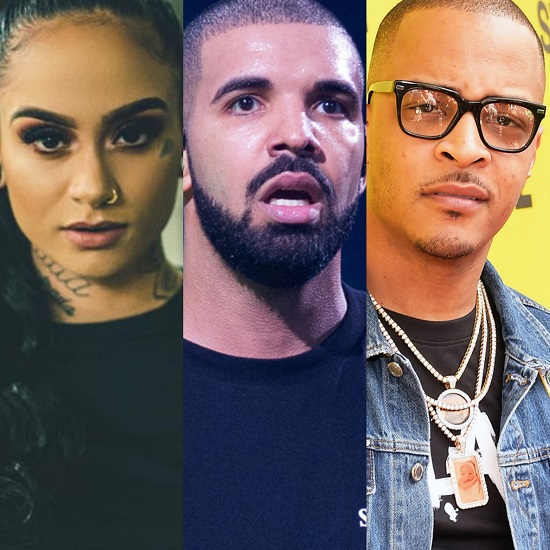 Though it was unseasonably warm for a good minute, fall has settled in and literally brought some chill to SBHQ. Our musical faves didn't get that memo, though, as No Chill Season is in full effect (and we mean that in both the best and worst way possible). Kicking things off this week is unexpected and eyebrow-raising baby news coming from none other than unconventional Bay Area singer Kehlani. Joining her in celebration is Drake, who once again reaches a streaming milestone. Meanwhile, T.I. is officially over Kanye West and his antics, delivering a lengthy diatribe about his one-time homeboy that rings with the truth. All that, plus why Fabolous might want to prepare to spend some time in court, how you might be soon getting that Wu-Tang Clan series you didn't know you wanted and why Lana Del Rey basically told Azealia Banks she can come see these hands. All that and more is waiting for you when you read on.