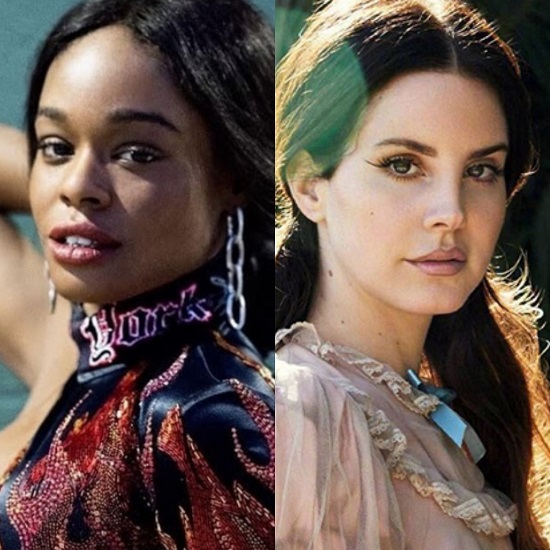 Looks like Azealia Banks might have met her unlikely match in the form of singer Lana Del Rey. Lana and AB got into it after the "Summertime Sadness" singer left a comment for Kanye West concerning his ignorant, Trump-supporting comments that mentioned abolishing the 13th Amendment...you know, the one that officially abolished slavery. Azealia didn't take to kindly to Lana's input, calling her a "typical white woman" and criticizing her for working with A$AP Rocky (who has been accused of slapping a female fan in the past) and saying her words for Kanye were her way of trying to seem "politically aware." Proving that she ain't no punk, Lana tweeted at Banks, "u know the addy. Pull up anytime. Say it to my face. But if I were you- I wouldn’t." Azealia then quizzed fans on whether she should get at Lana legally for the assumed threat. Lana, still flexing her G, wrote in response, "I won't not f**k you the f**k up. Period." She also, let AB know that she should tell her lawyer that "it's a promise, not a threat." Whoo, chile! Lana might, in fact, be a real one. #Spicy #SheAintTheOneForPlay