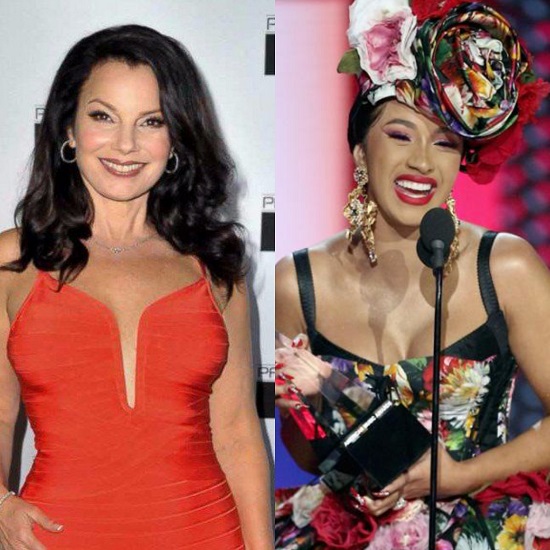 It seems like everyone wants to get on the Cardi B train these days, even Fran Drescher. The former star of The Nanny apparently wants to do a reboot of the hit show and has her eyes on Cardi to co-star as her daughter. "I wanna do a sitcom with Cardi B," she told PeopleTV’s Chatter. "Wouldn’t she be great as my daughter?" The veteran actress said she got the idea after Cardi shouted her out on the 'Gram during Milan Fashion Week while rocking an all-animal-print Dolce & Gabbana look. "I was so flattered,"Drescher said. "I just thought she paid homage to me wearing animal print and said 'Fran Drescher.' And then I got my juices flowing and thought, 'Wait a minute, she’s from New York, we both have funny voices, she could be my daughter!' Not from me and Mr. Sheffield, I would have to have a man of color. I’m down with the brothers." Oy vey. We think we'd pass on this idea, but let us know if you feel differently. #OyVey