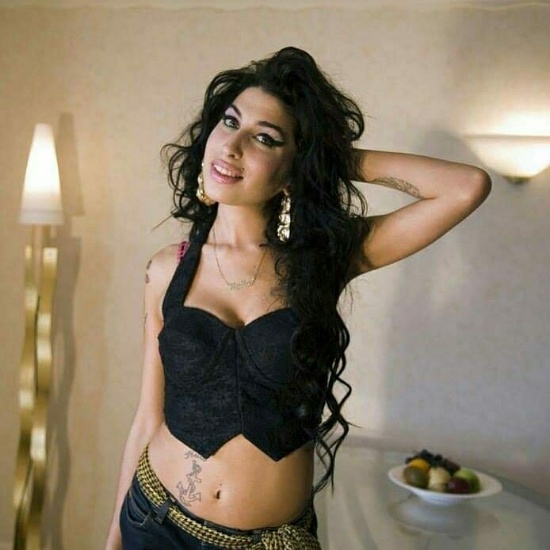 We love Amy Winehouse and wish that the "Love Is A Losing Game" singer was still among the living as much as the next music lover, but we also kinda wish folks (re: her family) would let her rest in peace. Hot on the heels of news that a hologram of the singer would be touring the world next year comes word that a biopic about the singer is in the works. According to The Guardian, a deal by Amy's family has been struck and production on the film is set to start next year. "We now feel able to celebrate Amy’s extraordinary life and talent," her father Mitch Winehouse said in a press statement. "And we know through the Amy Winehouse Foundation that the true story of her illness can help so many others who might be experiencing similar issues." He also added a comment about the choosing the right people to tell Amy's story. "What we want is somebody to portray Amy in the way that she was…the funny, brilliant, charming and horrible person that she was," he told The Sun. "There’s no point in me making that film because I’m her dad. But to get the right people to do it, that’s very important, and we will." We're reluctant about this one, though we do agree Amy's is a story worth telling. #AmyOnTheScreen