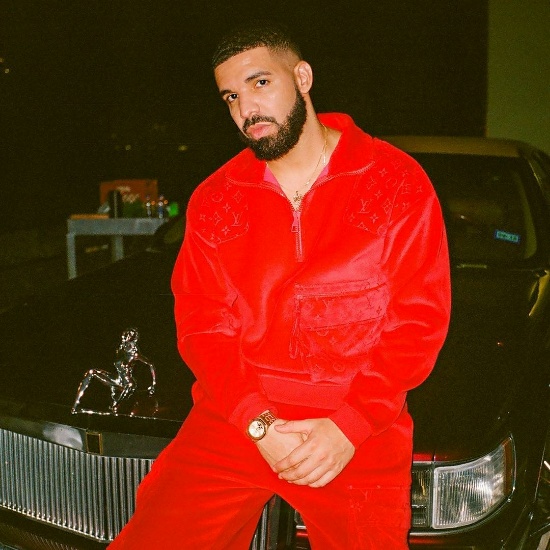 Well, lookie here. A lot of tea has been spilled in the ongoing saga that is the Drake/Kanye West/Pusha T beef triangle. During an appearance on LeBron James' new HBO series The Shop, Drizzy opened up about the ongoing feud, spelling out what he thought Ye's role in the whole mess was. He told James of going to work with Ye during the Wyoming sessions and revealing to Yeezy that he was a father and having problems with his baby mother. So imagine Drake's surprise when the first album from Ye's Wyoming sessions drops — Pusha's Daytona — and it contains a Drake diss track. "Then the first album drops and, of course, there’s a diss song towards me that you produced that’s talking about writing. I was just there with you as friends helping you and now you’re dissing me. This is dark. It took me four days to really register what had happened.”

While Drake was baffled, Pusha decided to stir this beef stew with news that it was Drizzy's own homie Noah '40' Shebib who let loose the info about his secret son...kinda. "The information came from 40,” Pusha revealed to Joe Budden on his Spotify podcast. “It didn’t come from Kanye at all. 40 is sleeping with a woman who begins to—he talks to her daily, five, six hours a day, provides opportunity for, and ultimately speaks about how he’s disgruntled about certain things, notoriety and things involving Drake and his career so on and so forth. With that also came the fact that Drake has a child, with that also came the trip that everybody took to go see the child and bring him gifts—all of this information. She divulged this information. That’s where it came from.” Looks like this drama ain't gonna die down anytime soon. #ItBeYourOwnPeople