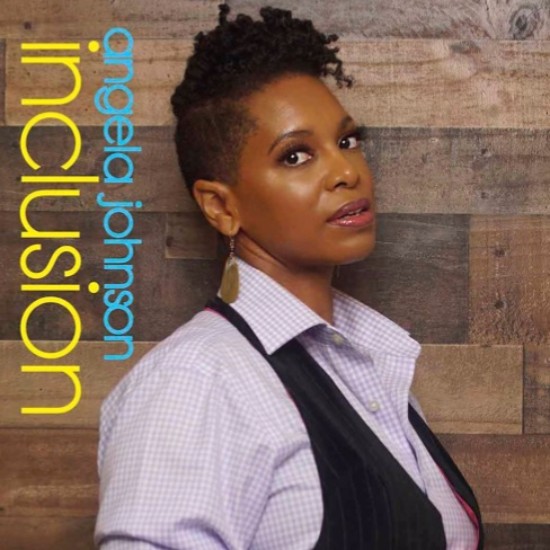 Angela Johnson has spent part of this year performing on stages around the world. But she's also been hard at work in the studio, and we're excited to finally hear the end result. Her new self-produced single "Inclusion" dropped today, and it couldn't have come at a better time.

It's Election Day here in the United States, a day that tends to highlight divisiveness. But "Inclusion" serves as a musical reminder that true freedom can't exist until we embrace the unifying spirit of love. There's a distinctly global feel woven throughout the celebratory anthem. Island vibes, tribal rhythms and jazzy horns abound, enticing us to get lost in the exuberant sway of Angela's honey-kissed vocals. "No shade under the sun / Just come, come as you are," she beckons.

The idea for the song started out as a way to combat bullying while celebrating individuality. However, as she recently explained to PopMatters, "From there, the idea evolved into something much more broad. Not wanting to get political, I felt the need to vent out my frustration with the current administration in regard to the treatment of immigrants here in the U.S. It's awful to see how much this country is divided on so many issues. Music is one way to bring us together, even if it's for three or four minutes at a time. We all live under the same sun no matter how we look, act, think, or feel. The title 'Inclusion' seemed to be the most fitting for this song."

If you haven't voted already, there's still time to stand up and be counted! While you're waiting in line, stream "Inclusion" to keep energized and help pass the time. Angela is working on a new album and plans to release more singles in the near future. But for now, head to iTunes to order your copy of "Inclusion" and follow Angela on Twitter and Instagram for updates.


TAGS:  angela johnson, audio
Previous: Black Eyed Peas Want You To Vote ‘Yes Or No’ Next: DJ Cassidy & Justine Skye Deliver Chilled-Out Vibes On ‘Coolin’ By My Side’