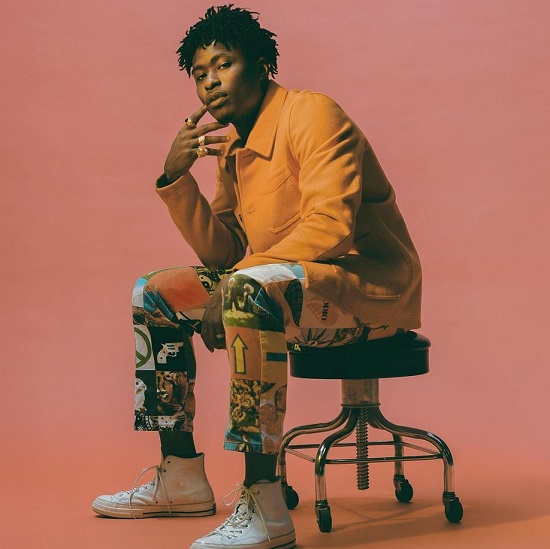 It's not every day that a musical talent seemingly comes out of nowhere, but that's exactly what has seemed to happen with the arrival of singer Lucky Daye. Most were probably introduced to the newcomer with the New Orleans native's sneaky inclusion on Insecure: Music From The HBO Original Series, Season 3, where his voice can be heard alongside Victoria Monét's on the soulful duet "Little More Time." He found even more clout with the arrival of his dreamy official debut single "Roll Some Mo," which came at the end of last month. However, his biggest impact has most definitely been with this month's release of his debut EP I.

I finds Lucky traversing modern soul landscapes provided by producer D'Mile and mixing them with his own old-school sensibilities. The result is unforgettable R&B moments that cut through the "trap & B" fad that seems to be dominating airwaves and charts. Much of I's soundscape is funk influenced — from the lush, romantic soundscape of "Roll Some Mo" to the boogie stylings of "Late Night" and the electro-funk of "Extra." It's a reflection the music that inspired him early on.

"My taste came from stuff that inspired me the most," he revealed to DJ Booth during an interview. "The Gap Band, Stevie Wonder, Blackstreet, Lauryn Hill, D’Angelo… Of course, Prince and Michael Jackson, and I love Rick James a lot."

But he's more than just the sum of his influences.


TAGS:  audio, D'mile, Lucky Daye, Victoria Monet
Previous: Janet Jackson Keeps Living In The Moment With Latin Version Of ‘Made For Now’ Next: Alessia Cara Is Trying To Move On With Life, But ‘Not Today’