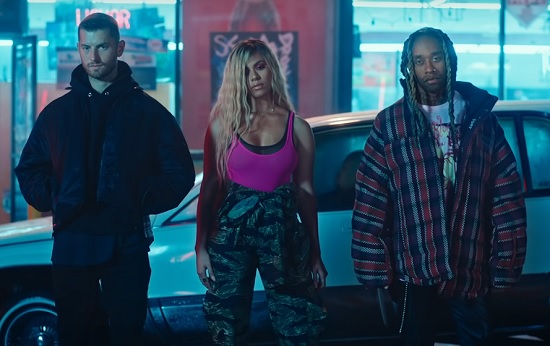 Those Fifth Harmony ladies are trying to take over the world it seems. Camila Cabello is officially a pop star, snagging prestigious awards left and right. Meanwhile, Normani is poised to make her mark on R&B and just dropped two hot new singles with Calvin Harris. Not to be left out, FH singer Dinah Jane is ready for her turn in the spotlight with her debut single "Bottled Up." The track, which features Marc E. Bassy and Ty Dolla $ign (who has never met a feature he could say no to, it seems), has been gaining chart traction and looks to get even more with its splashy new video.

Dinah Jane is the star of her own neon-colored fantasy world in the clip. It begins with her playing cashier at a salon, though that soon switches to scenes of the singer cutting dance moves everywhere she can. And given the song's chorus ("I'm drinkin', baby, cuz I'm bottled up," it begins), it's a given that she also logs some time under the fluorescent lights of a liquor store. It's in the parking lot of said store that Dinah meets up with her musical cohorts to pose and mean mug it up as they offer their contributions to the track.

"Bottled Up" is frothy pop/R&B with a slight edge, which means that today's audience will drink it and its colorful video down happily. Get into the video right here and expect to hear more from the HITCO signee in the coming months as she preps her solo debut album. 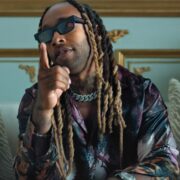