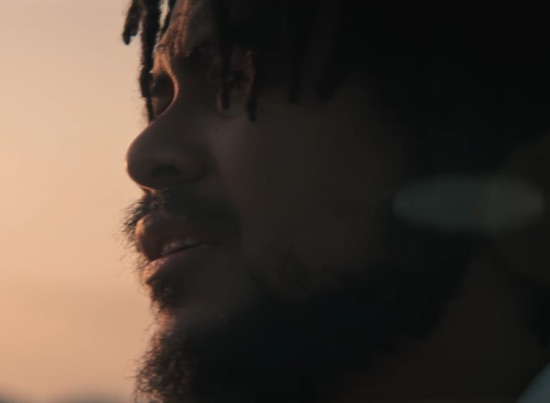 Liam Bailey recently stepped back on the scene with a new single and intentions of dropping a fresh EP earlier this month. Unfortunately, the release date for Brand New has been pushed back to February 1, 2019. But the soulful Brit didn't leave us hanging. Instead, he's sharing another album preview named "You Saw the Devil in Me," along with a music video.

While his previous release, "Brother, Why You Gotta Love Her," dealt with a toxic romantic relationship, Mr. Bailey reserves the finger-pointing for himself on this latest track. The self-penned tune, produced by Rich Cooper, is an introspective, piano-driven ballad enhanced by sparse strings and stirring harmonies. There's an acoustic feel throughout the song as Liam gets transparent about facing his inner demons. The James Beale-directed visuals echo the minimalist tone, focusing on the artist as he experiences a mountain-top catharsis.

Expounding on the track, Bailey says, “I was trying to find a calm quiet space to think. At the time I was finding it hard to be real in my writing. The lyrics came about after quite an intense therapy session, where I was forced to be introspective and face difficult truths about how I'd been living. For the video, I was performing in Bulgaria, and once we saw how beautiful the country was, it made sense to film there – it feels introspective but there’s hope in it, and the sunrise landscape gives it a sense of rebirth as well.”

Scroll down to experience what Liam calls the "proudest song and video I've done to date." Afterwards, visit his website to purchase "You Saw the Devil in Me" and be on the lookout for album updates.