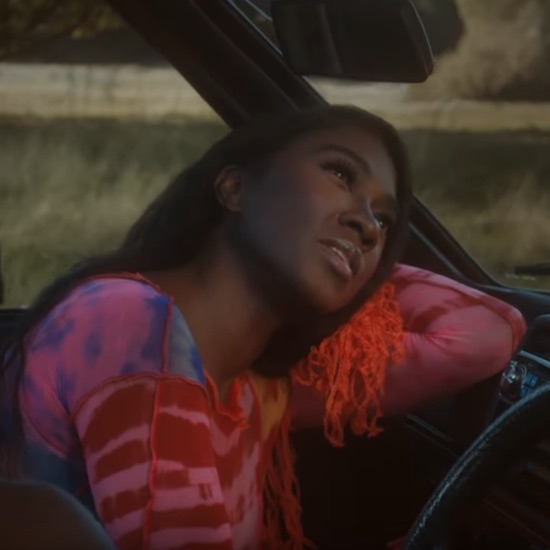 After lending her stunning vocals to tracks for the likes of Gorillaz, SBTRKT, Machinedrum and Brasstracks, singer Roses Gabor is ready to branch out on her own. In preparation for the release of her debut album early next year, she gifts old and new fans with the new single “I Could Be Yours” and a striking visual to boot. Over a groovy track produced by The Stereotypes, the lovely North London native pleads with her beau to let his guard down and let love in. Her tone is passionate and sincere as she sings, “With your broken heart, I make my dreams of you / My dreams of you, baby / The world on your shoulders, I’m right here / It’s clear, you got me, yeah.”

The Sophie Jones-directed visual is an artful display of both tenderness and aggression. It all plays out in a rustic setting, beginning with Roses singing the lyrics in a car with a yearning gaze alongside her male companion. Meanwhile, two males carry out an interpretive dance battle, seemingly symbolizing the struggle to love and be loved. The beautifully-captured video is chock full of symbolism and worthy of multiple views in order to catch all of the brilliant yet subtle nuances.

Watch Roses Gabor’s “I Could Be Yours” visual below, and be sure to add the track to your “love chronicles” playlist from your favorite digital platform. Her debut album Fantasy & Facts is available for pre-order now and is due to be released on February 22nd via independent London and Paris-based record label AllPoints Music. The project will include her previously released collaboration with Sampha entitled "Illusions," as well as features from MNEK and Team Salut.